On one of the first warm days of March, the Bird Nerds headed north from Brooklyn in search of eagles.  Bald Eagles breed at different times of the year in different parts of the country.  In the northeast, February and March are prime breeding times and the pescivorous Bald Eagles seeks out areas of open water where they can gather enough food to feed their young.  One such spot is the Hudson River around Croton Point Park in Croton-on-Hudson, New York.

The park is located on a peninsula extending approximately one mile into the Hudson. Most of the park area is a capped landfill that is maintained as a meadow to provide bird and butterfly habitat.  Because there was still at least a foot of snow on the ground, the meadow was devoid of birds, so we concentrated our efforts along the riverfront and on the semi-wooded trails leading toward Teller’s point at the south end of the park.

An initial scan of the river did not yield any eagle views.  Eagles frequently ride floating ice chunks down the river, keeping an eye out for fish below the water’s surface.  Because we visited late in the season, the main channel of the river was ice-free, so we headed for the woods.

Before too long, we spied this Red-bellied Woodpecker tapping busily on the side of a tree. 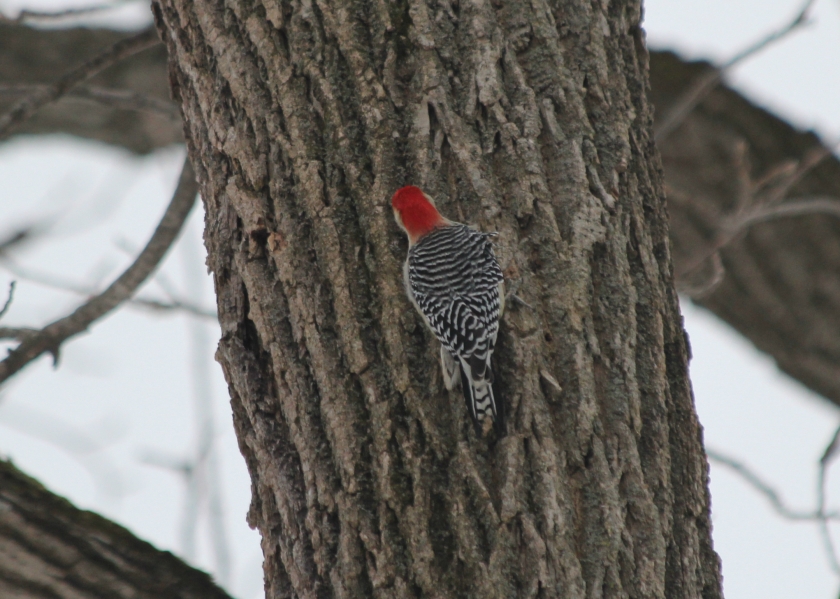 A bit further along the trail, we came across a somewhat angry looking American Tree Sparrow. 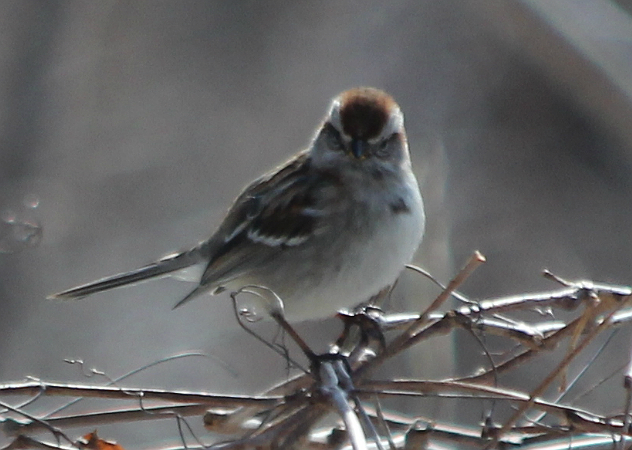 American Tree Sparrow not happy about being photographed

These sparrows breed in the arctic and only visit the US in the winter, hence their former name: the Winter Sparrow.

We walked to Teller’s Point and back without seeing any eagles, and were almost back to the car when we spied something high in the sky.  Not one, but four Bald Eagles were flying above us!  Soaring birds are difficult to photograph, but one flew directly overhead and we were able to get a few passable shots. 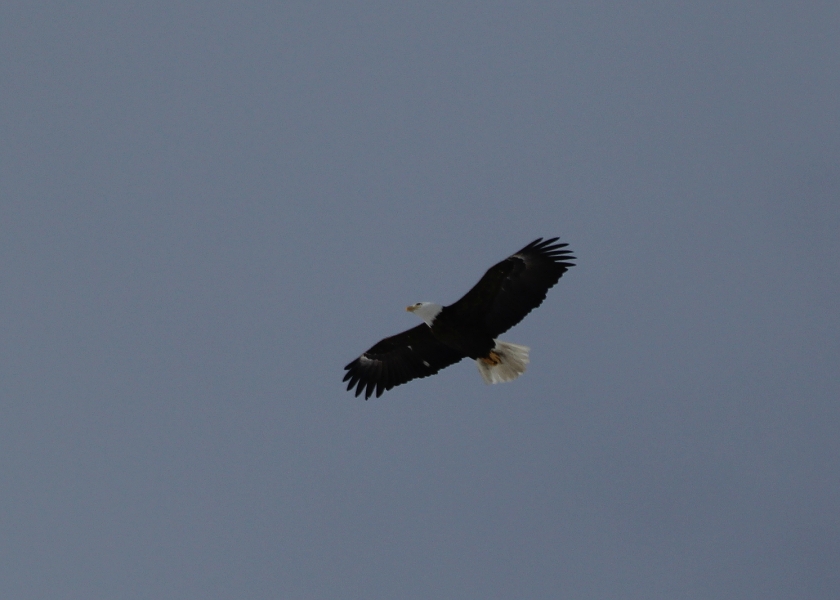 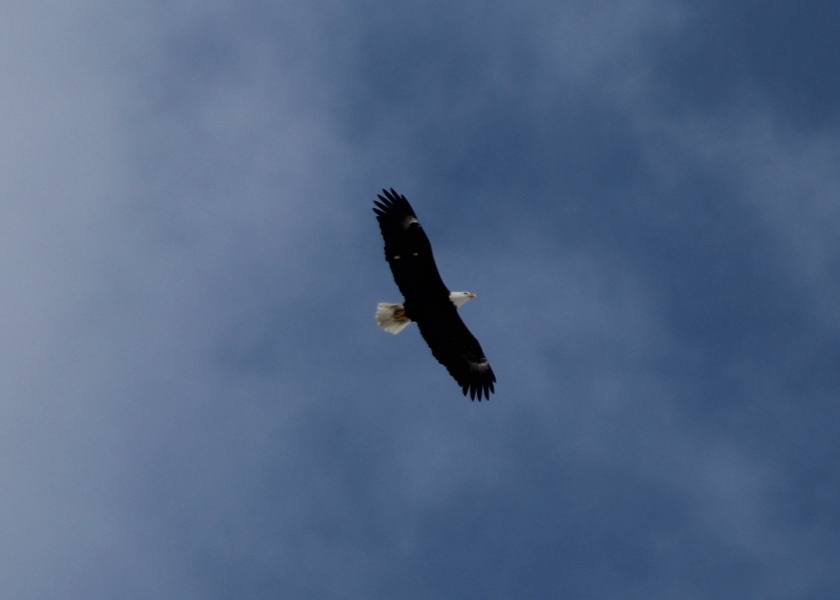 On the way home, we made a brief stop at an unlikely birding hot-spot nearby.  The far south end of the Croton-Harmon railroad station parking lot has a boat ramp with a view of the Croton River near its confluence with the Hudson.  This spot stays ice free most of the winter and attracts some interesting waterfowl, like these Canvasbacks (LL).

Canvasbacks are among the largest ducks in North America and the drake’s blood-red eye is really striking.  They are also considered to be the most delicious of all waterfowl, although we can’t confirm that.  We were glad that they were close enough to shore to get these photos. 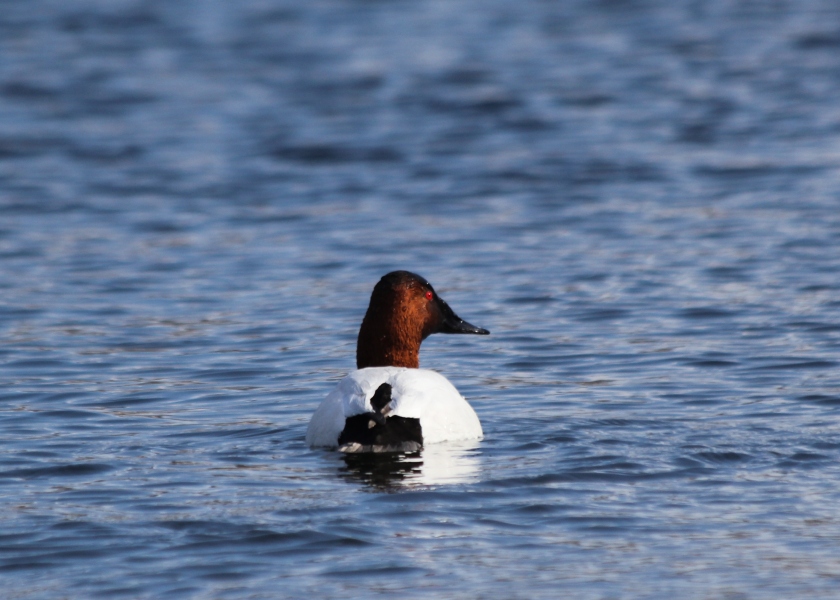 Along with the Canvasbacks, we also spotted Redheads (LL), Buffleheads and a lone Ruddy Duck.

A Redhead looks a bit like a Canvasback, but they are smaller with gray backs and a blue bill with a black tip.  Contrary to their name, they are native to North America, not Ireland. 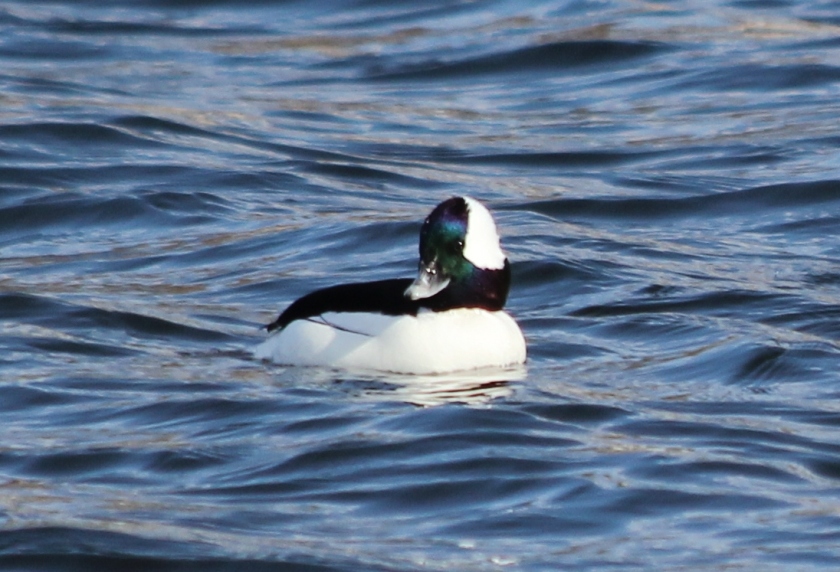 Bufflehead – a cute duck with a cute name 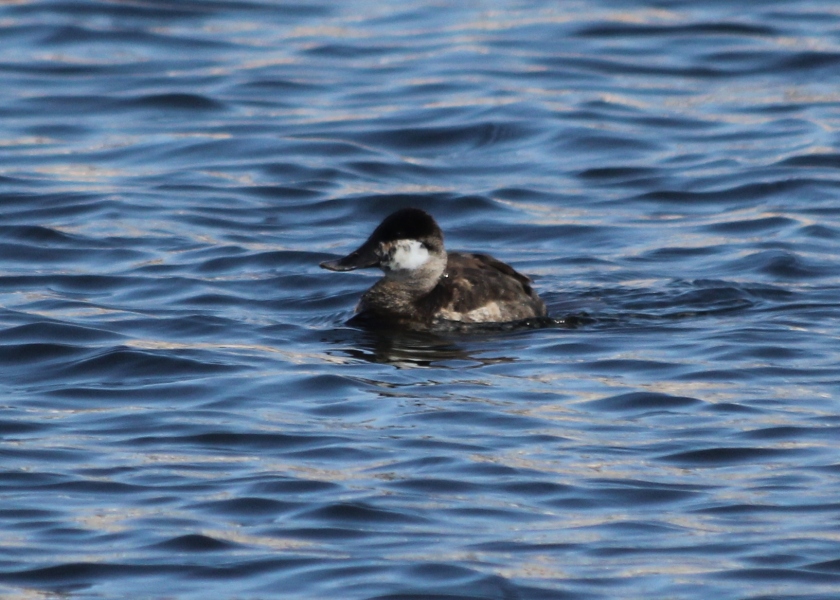 There were so many interesting ducks to check out, we almost missed another visit by a Bald Eagle.  It flew directly in front of us before it turned and headed up the Croton River.  Luckily, we were able to snap this photo just in time. 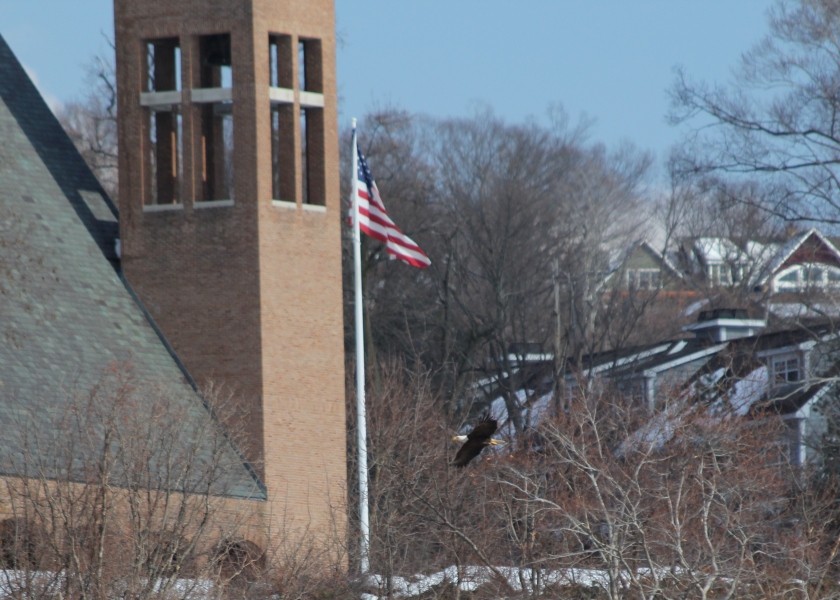 A Bald Eagle soaring over the suburbs, American flag and church in the background – the most American photo we’ve ever taken.

We stood there with our hands over our hearts, savoring this most patriotic of moments. Freedom was palpable in the air.