Back in May, the Bird Nerds took a trip to Europe. We visited friends and family, saw a few sights, and just as importantly, we birded (and in England, we twitched). The first stop on our trip was London, but on our first full day in England, we took the train to Surrey to have an English Sunday Roast at the home of Tim’s cousin. Tim’s cousin insisted there was great birding from her back patio and the in meadows behind her house. Not trusting the word of a non-birder, we visited without the telephoto lens on our camera. As is turns out, the birding at her place was fantastic and we missed the opportunity to share it on this blog (the list is included below).

Our first formal birding excursion was to Regent’s Park in London on May 11, 2015. This was our first trip to Europe since becoming birders, so even the most common European species required us to pull out our new field guide: The Birds of Europe from the Princeton University Press. The guide covers all of Europe, in addition to portions of North Africa and the Middle East. The illustrations are excellent and the writing is as good as any field guide we’ve used. We likely would have missed many identifications with a lesser guide. Before long, we could easily identify the most common species, but at first we had to shove our noses into the book to ID birds even non-twitchers could name in a heartbeat.  One such species was this Common Blackbird (LL), which is actually a thrush, and not closely related to North American blackbirds. 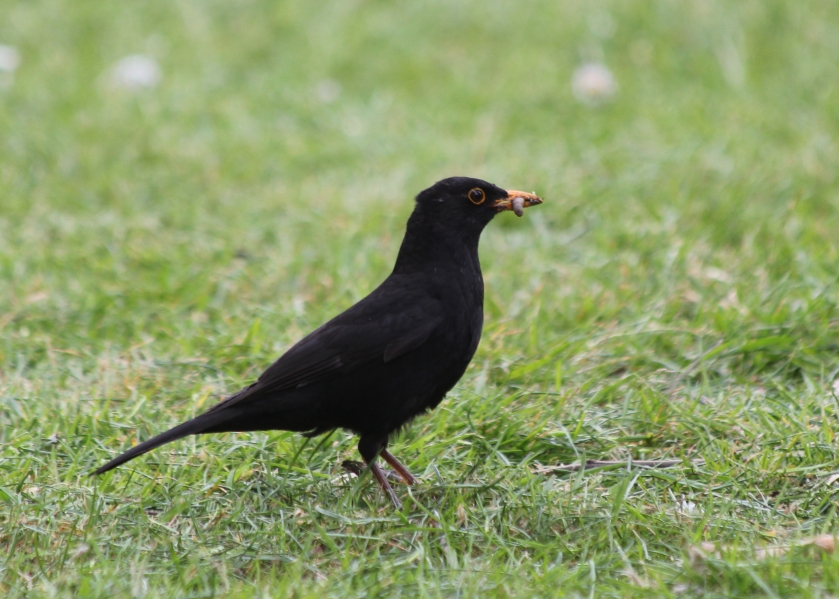 Blackbird, not singing in the middle of the day

Or this European Robin (LL):

Everything is smaller in Europe, including the robins

We were also fascinated to learn than England has more than one kind of pigeon. The Common Wood Pigeon (LL) is a native species and is not feral like the Rock Doves that dominate cities all over the world.

This Common Wood Pigeon looks a little cross-eyed, which is kind of funny

Before long, we arrived at the shores of the Boating Lake, which was filled with more types of water fowl than we ever expected. Immediately, we stumbled upon birds like this Eurasian Coot (LL):

As well as the related Common Moorhen (LL): 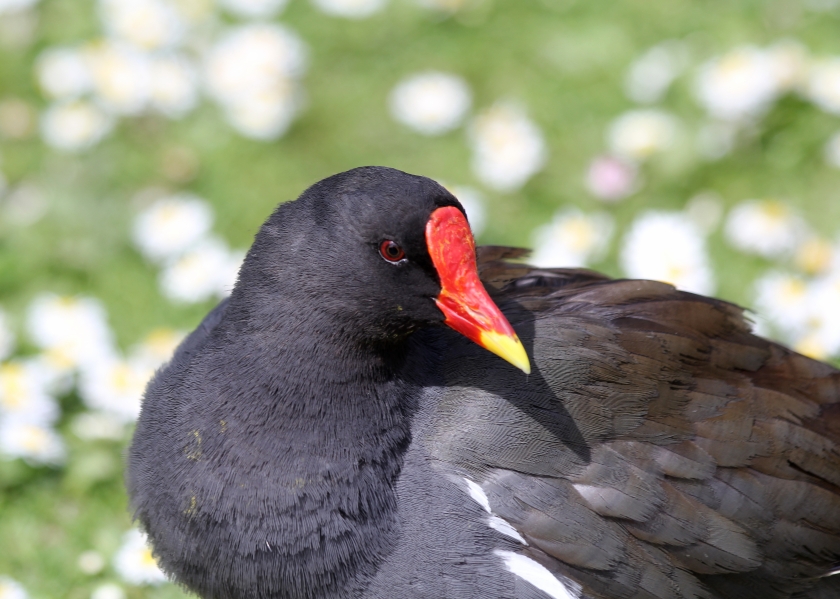 We didn’t realize it before visiting the park, but because we arrived in the middle of May, we stumbled upon breeding season for the birds of Regent’s Park. As a result, we were treated to views of adorable chicks, like this baby Eurasian Coot. Baby coots are called cootlets, which is an awesome name.

We also got to see the adults doing what they do best: taking care of the little ones.

Cootlet getting a snack from mama.

We didn’t realize it until we reviewed our pictures afterwards, but we nabbed a shot of this baby Great Crested Grebe (LL) hitching a ride with a parent:

Park visitors often feed the birds, which makes them quite used to human interaction. One of Sarah’s favorite moments of the trip occurred while a toddler was throwing pieces of bread for the birds. A mother coot hip-checked a pigeon out of the way so that she could sit on a nice piece of bread in order to save it for her cootlet. We don’t support the feeding of wildlife, but we have no problem taking advantage of its results to capture close-up images of cool looking birds, like this Greylag Goose (LL):

Of course; the lists: