The Bird Nerds were fortunate to take a family vacation to Rome in early February. We decided to take a day-trip north to the the Maremma region of Tuscany in search of wintering flamingos and beautiful scenery. We found a local guide named Marco Valtirani through his website Birding in Italy, who helped us customize the day.  After taking an early train out of Rome, we met Marco at the Orbetello station and our adventure began.

While researching the area we learned about a species that has been technically extinct in Europe since the 17th century, but has been painstakingly introduced to the area: the Northern Bald Ibis. They were reintroduced to Europe from birds born in the Vienna Zoo, which were hand-reared and then taken on a human-led migration (via microlight aircraft) to Orbetello lagoon in hopes the birds will reestablish themselves in the wild and repeat the cycle independently. You can read more about it here. We were very excited to find these birds and told Marco this as soon as we got in the car. Luckily, he’d just spotted a group of them roadside on his way to the train station, and took us right there: 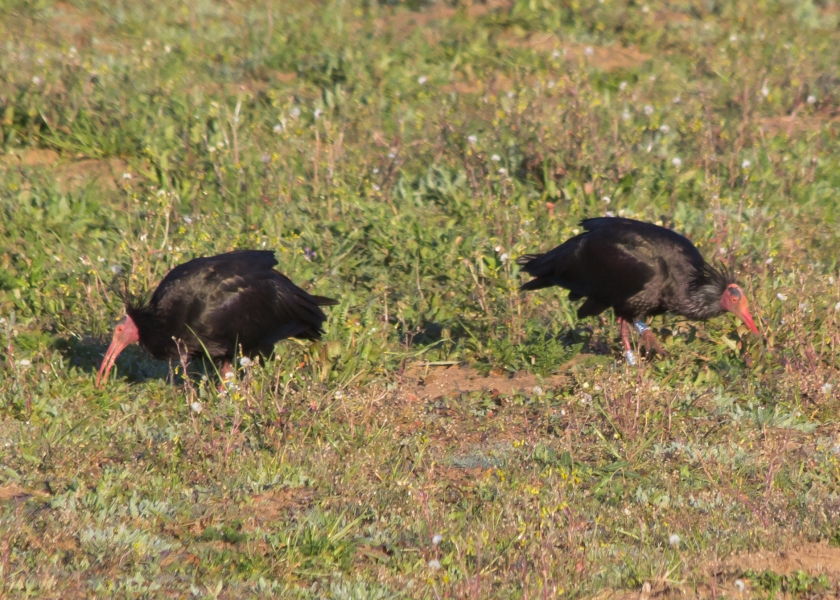 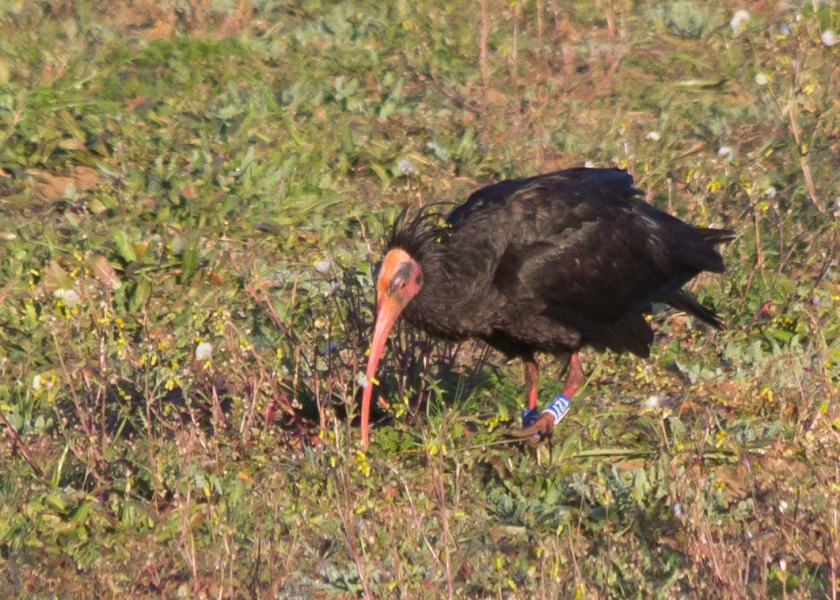 Marco informed us that while it wasn’t always the case, the locals are now very protective of these birds, and are excited to find them grazing in their fields. Unlike the ibis we are familiar with that wade in water, these birds forage for food on land. They may be one of the ugliest bird in the world, but they are also one of the rarest. Seeing them grazing by the roadside was a real thrill.

Soon we were off to the Laguna di Orbetello to find flamingos. The lagoon consists of 850 acres managed by the WWF. It is an important site for migrating birds, many of which spend the winter here. The water level in the brackish lagoon rarely exceeds one meter deep, making it easy for species to find an abundance of food. 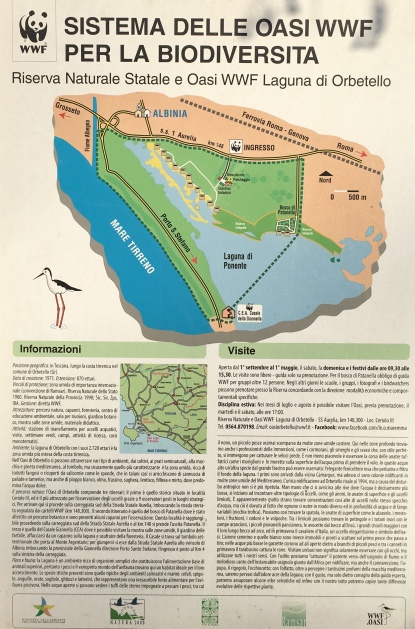 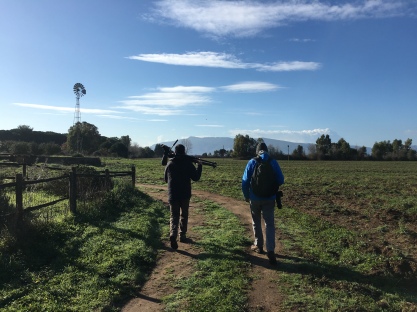 Marco led us through the trails to many well maintained bird blinds that line the lagoon.  Each one offered a new view and we were able to see Pied Avocet (LL), Eurasian Curlew, Black-tailed Godwit, Little Stint (LL) and Common Redshank. We even spotted a familiar species: a nesting pair of Osprey. We learned that while common at home, only three pairs of Osprey nest in Italy and this was one of them.

Along the trails we saw songbirds such as Hawfinch and Firecrest. 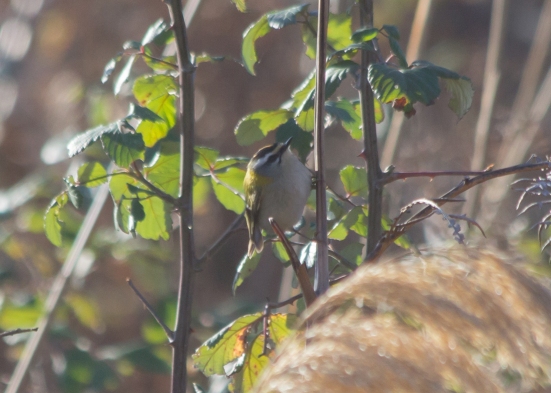 We then drove to another section of the lagoon in search of the flamingos. It had rained heabily the week prior, and the marsh was very wet and at times difficult to navigate. However, it was worth the soggy feet when we saw in the distance a huge flock of light pink Greater Flamingos. The birds were very beautiful, especially  in flight when you could see the bright pink and black underneath their wings. 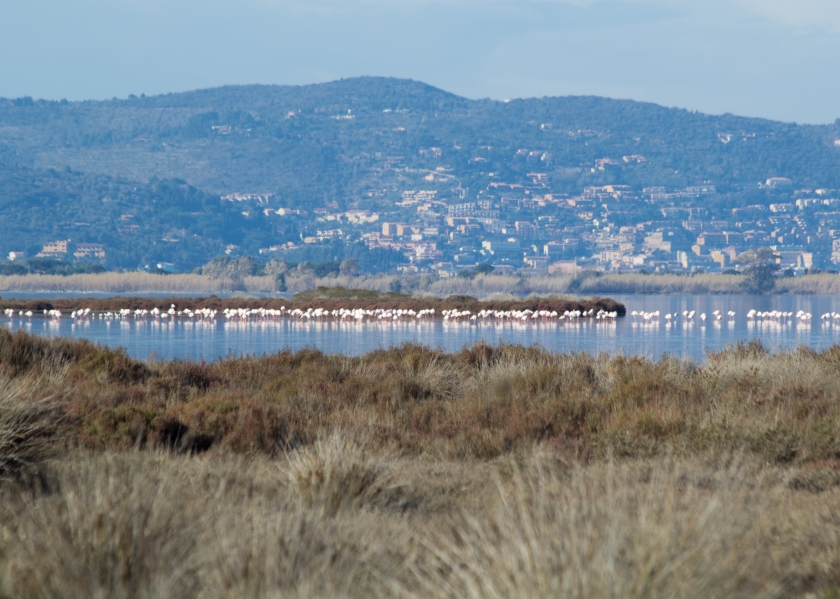 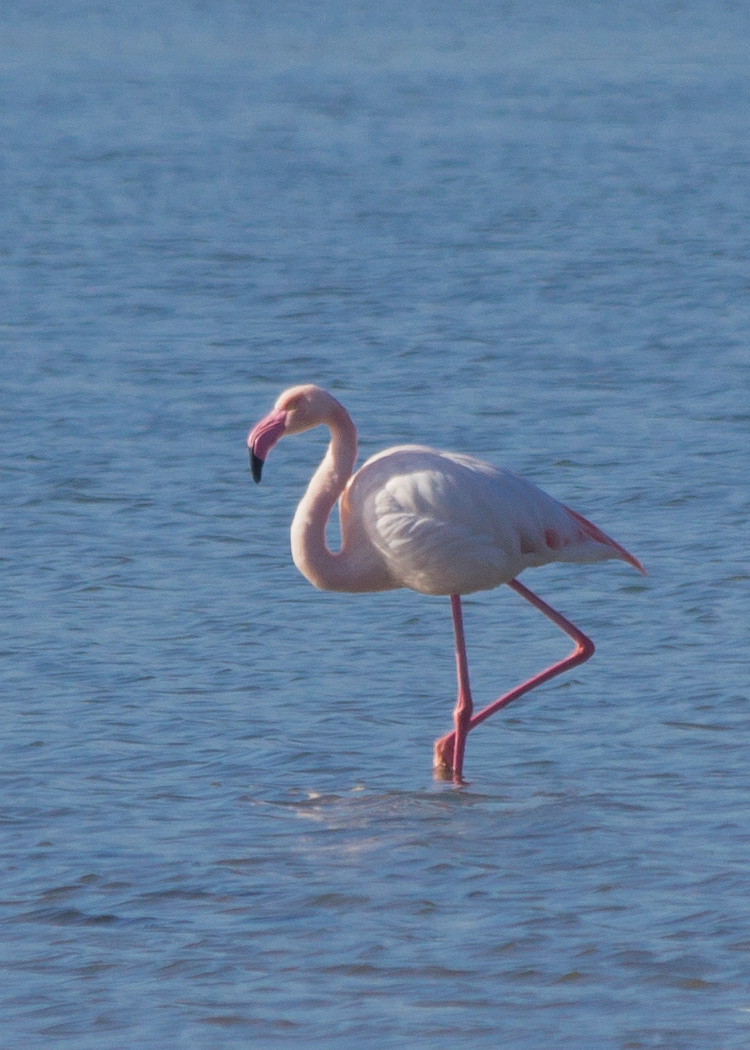 Besides the flamingos the scenery surrounding us was beautiful and we did see a few other species, such as the Eurasian Kestrel, White Wagtail, Crested Lark (LL), Meadow Pipit and Sardinian Warbler (LL). 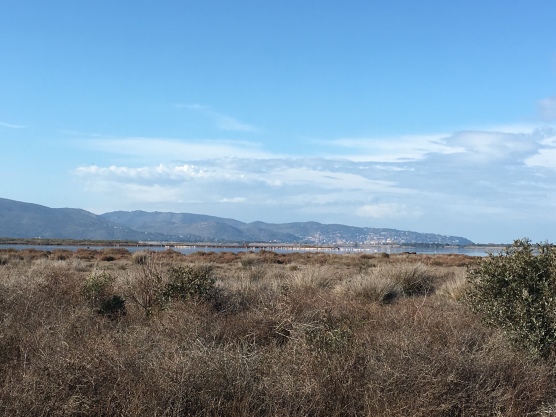 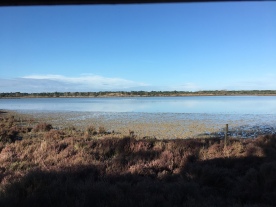 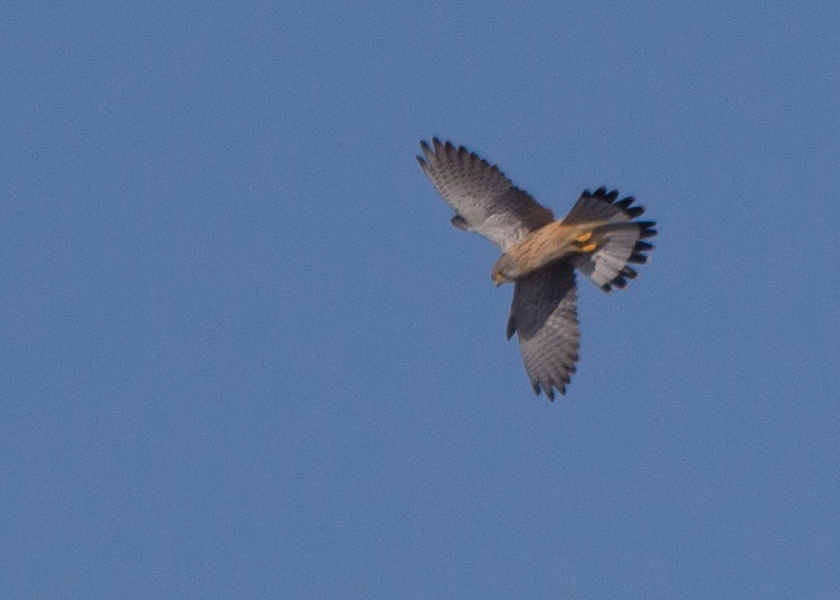 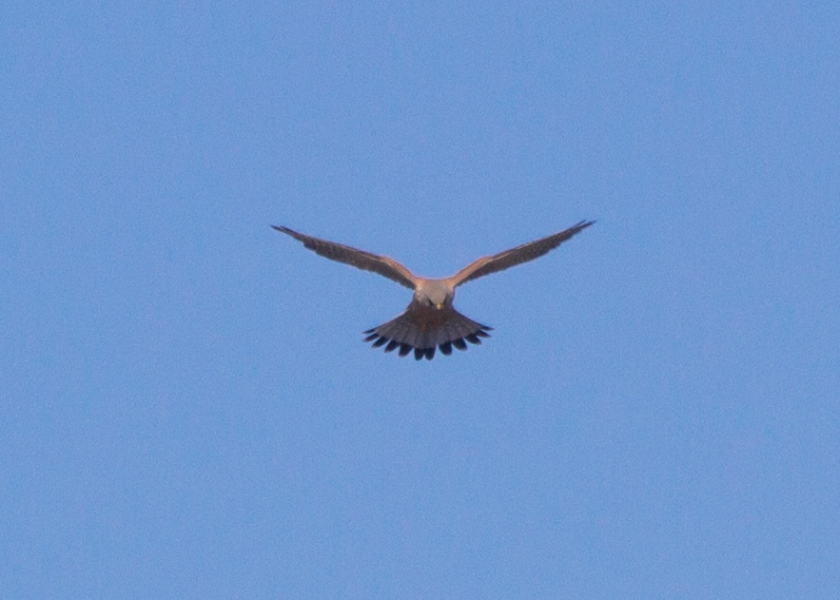 Next, Marco drove us a bit inland, where we had many beautiful views of the landscape and visited two medieval towns, Pereta and Scansano. 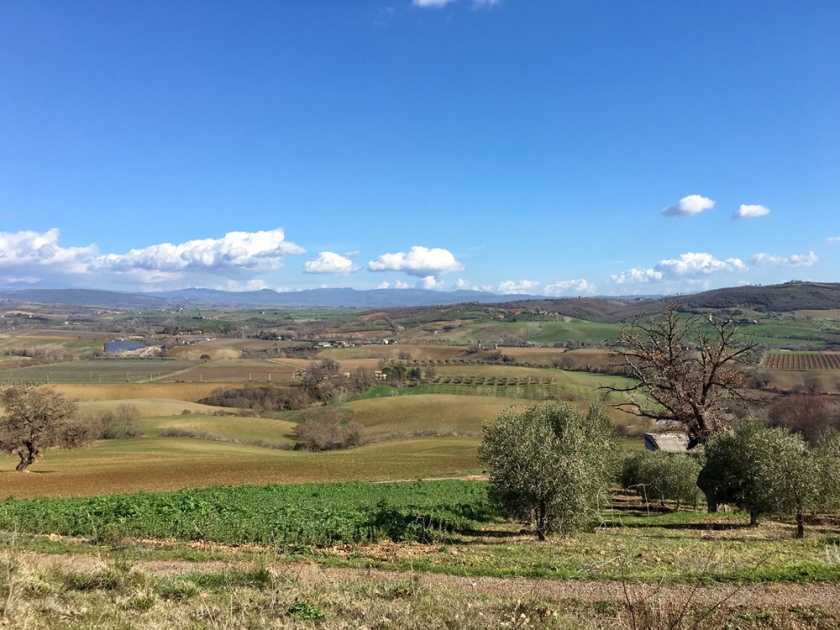 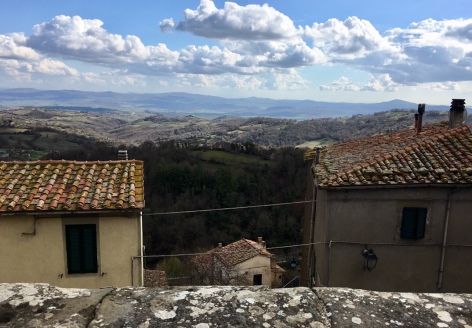 The final stop of the day was to Il Parco della Maremma (Natural Park of Maremma), a protected area of coast and forest on the Tyrrhenian Sea. Historically this area was known for “butteri”, or Tuscan cowboys, and unique Maremma cattle, known as Maremmana, grazed along the entrance to the park.

Also in the fields lining the long park entrance road, we spotted Great Cormorant and Eurasian Curlew. We noticed many foxes running across the road, they seemed very tame and were probably used to people feeding them. 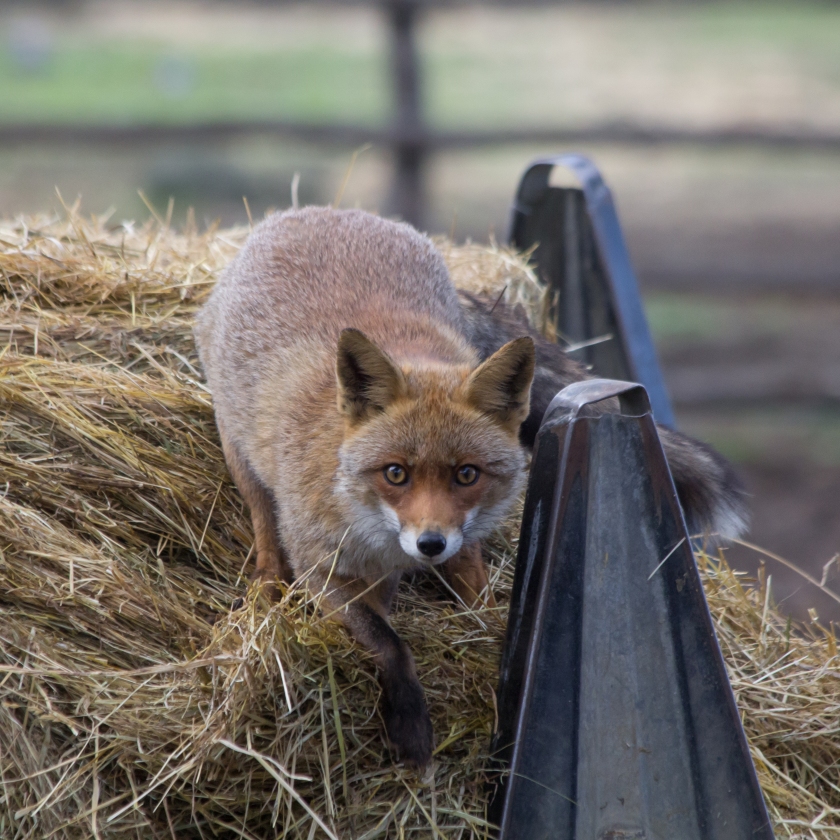 We arrived at the beach and walked along the coast to view ancient watchtowers on the surrounding mountains. We then walked a trail through an aromatic pine forest. It was very quiet and it wasn’t until we arrived back at the road that we saw many birds, including Eurasian Jay, Long-tailed Tit and Coal Tit.

Coast at the Natural Park of Maremma

Our day of Tuscan birding was coming to a close, but luckily we spotted a Hen Harrier  (LL) and a Eurasian Curlew on our drive out of the park. 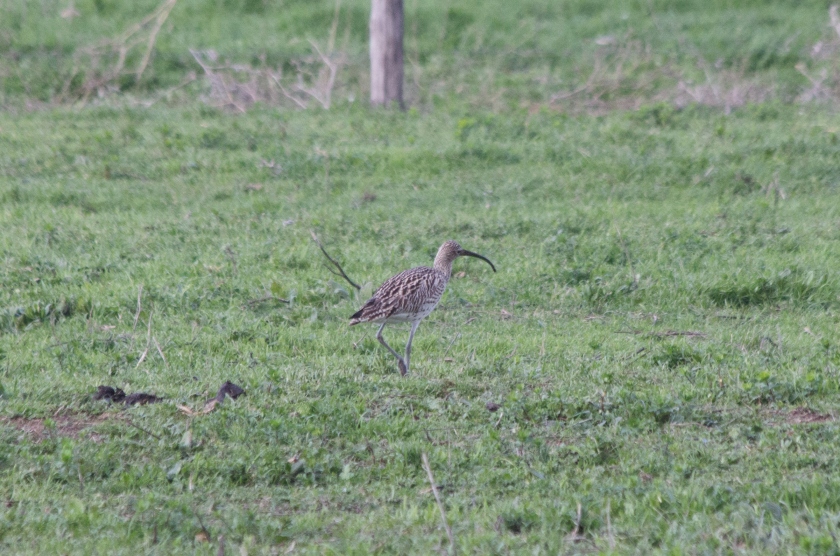 Italy offers so many charms, the fact that it is also a great birding destination may be overlooked.  However our day of birding in Tuscany was spectacular and we can’t wait to explore other regions in the future.  Here are the lists for the day: