Green-Wood Cemetery is one of the most beautiful places in New York City.  Located just southwest of Prospect Park in Brooklyn, Green-Wood was the place to be buried in the mid-1800’s. Ornate monuments cover the rolling hills and line the ponds.  The trees are massive, old and evenly spaced out, which is attractive to birds. The highest point in Brooklyn is in the cemetery, at 200 feet above sea level.  You can stand on top of a hill and look over New York Harbor to the new World Trade Center.  It is spectacular, and it is also peaceful.  Dogs and joggers aren’t allowed in the cemetery, so you can hear the birds well.  You can hear the R train, but you can still hear the birds well. http://www.green-wood.com/ 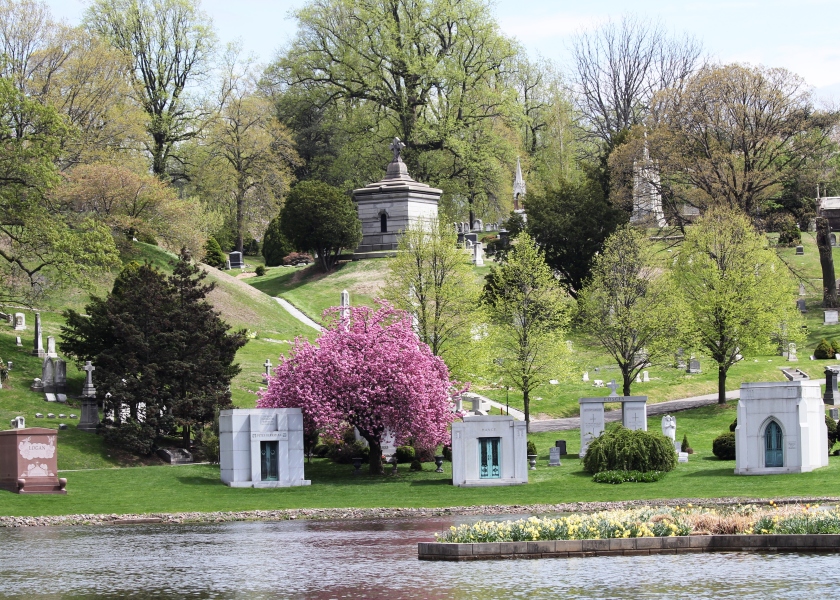 We arrived around 2pm on Sunday, May 4th and heard the noisy colony of Monk Parakeets that live in the spires above the entry gate (they eluded our photography efforts, but we’ll get them next time).  There were tons of Robins, Starlings and Sparrows everywhere. 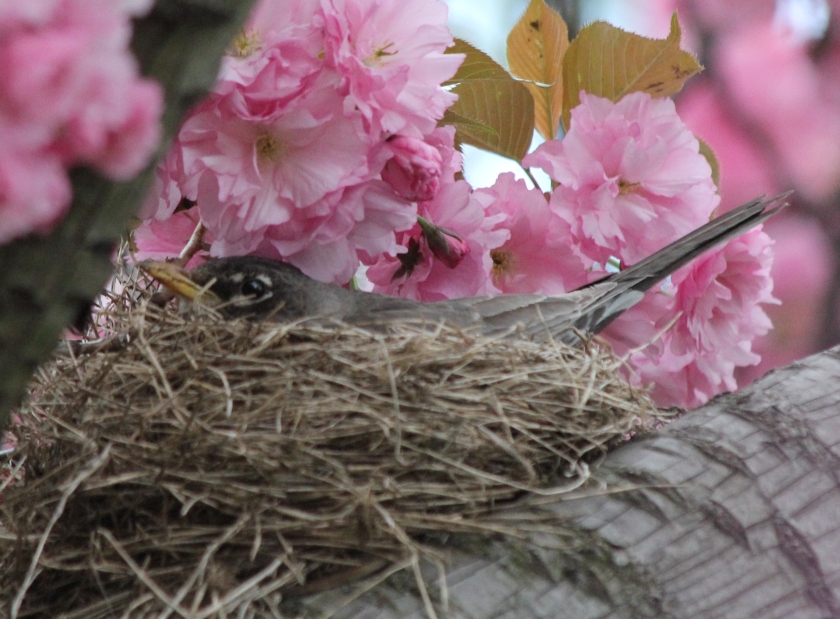 Robin sitting in a nest.

Our plan was to walk around the four ponds in the cemetery.  When we arrived at the Valley Water we saw this amazing Double-Crested Cormorant. These birds do it all, and we’ve seen them flying, swimming, diving and perching before.  But this one was very impressive – look at the detail in its feathers and that blue eye: 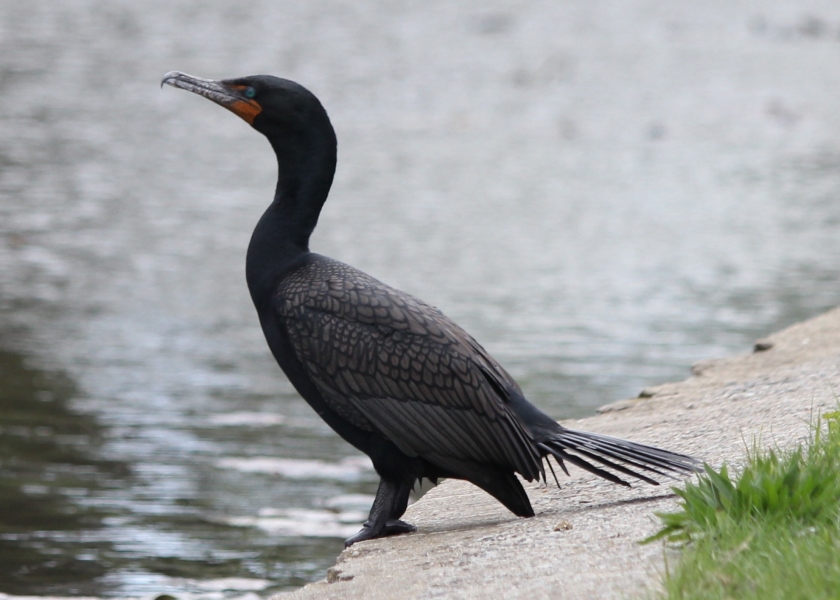 And then it did this! 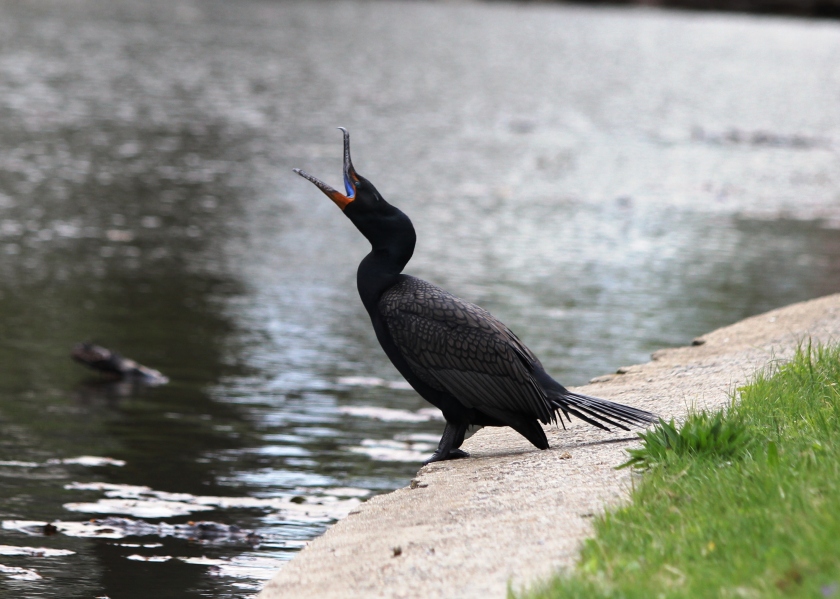 What?! The inside of its mouth is blue?!

We walked to the next pond called Sylvan Water, and saw Northern Rough-winged Swallows LL flying rapidly inches over the water catching insects. We found a small thicket on the top of a hill and got a three-second glance at a Hooded Warbler LL. It was so distinctive, that was all we needed for the ID.  Then we started seeing lots more Warblers, like Black-and-Whites, Black-Throated Blues and Ovenbirds.

Ovenbird. This bird got its name because it makes a nest that looks like a little Dutch Oven.

The third pond we visited is called the Dell Water, and there where lots of birds here.  Looking down from the top of a large hill, we saw a Belted Kingfisher flying across the pond.  We climbed down and saw Baltimore Orioles, a House Finch, a Black-Throated Green Warbler LL, and most spectacular of all – a Scarlet Tanager LL. Our picture is out of focus, but I’m posting it so you can see why we where so excited, the color:

The last pond, Crescent Water, seemed to have the most perfect Cherry trees.  We walked under the canopy of flowers and realized many tiny warblers where in these trees, eating bugs from the flowers. There were Northern Parulas, Yellow Warblers and Common Yellowthroats like this one:

This is the most spring thing that ever happened.

A friendly security guard then told us it was time to start walking back to the entrance of the cemetery, because it would be closing soon.  It brought back fond memories of the time we got locked in Greenwood and had to be driven out by another guard.  I don’t even think we were birding, but it is hard to recall a time when we didn’t walk around outside with binoculars, bird-nerd style.

But one last surprise awaited us on our walk back.  We saw a flock of sparrows and noticed a “funny looking one”.  We quickly snapped a pic, and when we pulled it up and compared it to the field guide, realized it wasn’t a sparrow, but a female Rose-Breasted Grosbeak LL.  We went back to try to find a male, but I think she might still be single.

Female Rose-Breasted Grosbeak. Finding a good man is hard is this city.

“Please sparrow your readers from these puns!”