Spring 2014 marks our first migration season as avid bird watchers. We’ve been affectionately dubbed “The Bird Nerds” by family members (that blog name was taken already) and decided to embrace it. The only things missing were a camera and a blog to document and share our findings with others. After an exciting and informative trip to B&H Photo in Midtown, I purchased a Canon EOS 60D kit and 70-300mm f/4-5.6 IS USM Lens, and now we’re in business.

We headed to Prospect Park early-ish on Saturday, April 26th, headed across a field filled with the happiest dogs in the world, and into the woods.  Tim heard a new song, and we quickly spotted this lovely Prairie Warbler LL*.  This is the first warbler photo taken with the new camera.  In a matter of seconds we were surrounded by birders and photographers also gazing in admiration.  We had encountered the Brooklyn Birding Scene.  They are a stealthy bunch, I didn’t even hear them coming.  We’ve only had one previous run-in with these fellow enthusiasts- last fall while birding in Prospect Park, we met a very nice and helpful man named Peter, who I later learned to be President of the Brooklyn Bird Club.  He helped us ID warblers we never would have seen, and when asked how he did it, he replied “you just get to know the gestalt of the bird.”  It was like a brush with greatness, and we constantly read his blog for updates on the park: http://prospectsightings.blogspot.com/

*LL indicates “Life List”, meaning this was the first time we’ve ever seen this bird.  Considering we are new birders, this happens often, and is very exciting. 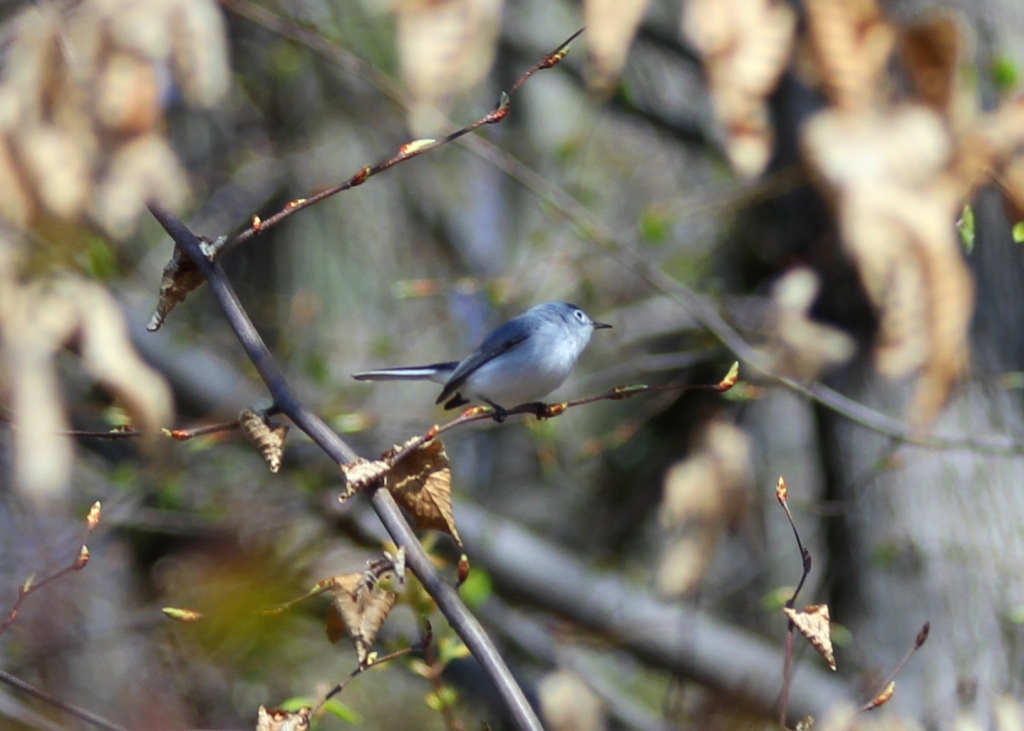 We made our way to the Peninsula, one of the best spots for birding in the park, and saw many Blue-Grey Gnatcatchers LL, Tree Swallows and Chimney Swifts LL soaring above us.  We also saw a Cardinal and a Robin sitting in their nests.  We noticed a Green Heron perched in a tree overlooking the lake as well, and for the first time in the park, a Belted Kingfisher, one of my favorite birds. 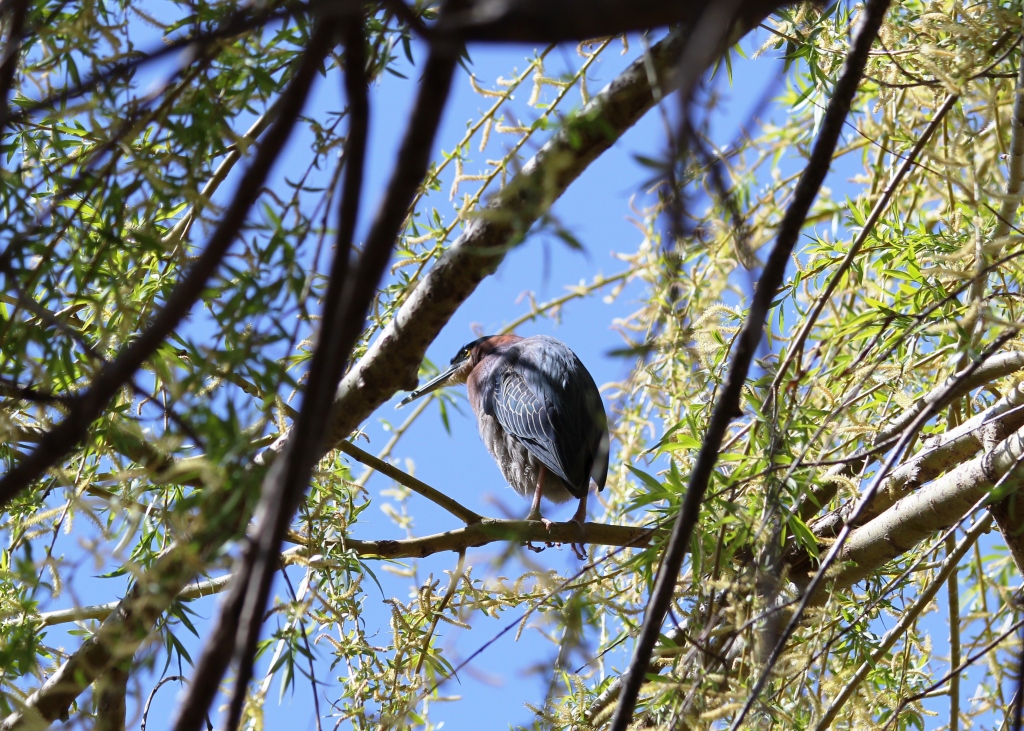 The Green Heron- Charming in a crotchety old man kind of way.

Another new bird for us was a Blue-Headed Vireo LL we spotted high in a tree.

And who can ignore our old friend the Yellow-Rumped Warbler.  These guys are like the pigeons of warblers, in that they are everywhere we go, and there are tons of them.  But they are beautiful, and just because they are common doesn’t mean we shouldn’t appreciate them.  Plus I love pigeons.

Overall, it was a great day of birding and a lot of fun to use the camera.  When we came home and reviewed the pics, we had about 100 out of focus, and the 5 good ones you see here.

Until our next outing this weekend, I will leave you with the final list of birds and the most stylish dog we saw all day.

This dog knows it looks good.