Between intense birding this migration season and work, there is too little time for blirding! (That’s blogging about birding, in case you didn’t know.)  But we are excited to catch you up on another great weekend.

On Saturday, May 10th, we drove to Marshlands Conservancy in Rye New York, which is located on the western part of the Long Island Sound  http://marshlandsconservancy.com/.  This is the birthplace of a founding father and the first US Supreme Court Chief Justice John Jay, his family estate is located next door to the Conservancy in a separate NY State and County park, which you can read about here. In the 1960s the land was donated to Westchester County to be preserved as as a wildlife sanctuary.  Here is the house that remains on the property:

View of Peter A. Jay House from Marshlands Conservancy

A wonderful thing about this preserve is the diversity of habitats it offers.  It has the oldest continually-managed meadow in all of New York State (which was even an emergency landing strip during WWII), a forest of Sweet Gum and Oak Hickory trees, and a Salt Marsh right on Long Island Sound.  A habitat to attract almost every type of bird, all within walking distance of each other!

We picnicked at the visitor center and were startled by an enormous bird walking slowly out of the forest.  Compared to the tiny Warblers we were used to seeing over the last couple of weeks, this thing looked like a dinosaur.  It was the first of many Wild Turkeys we would see on the property. 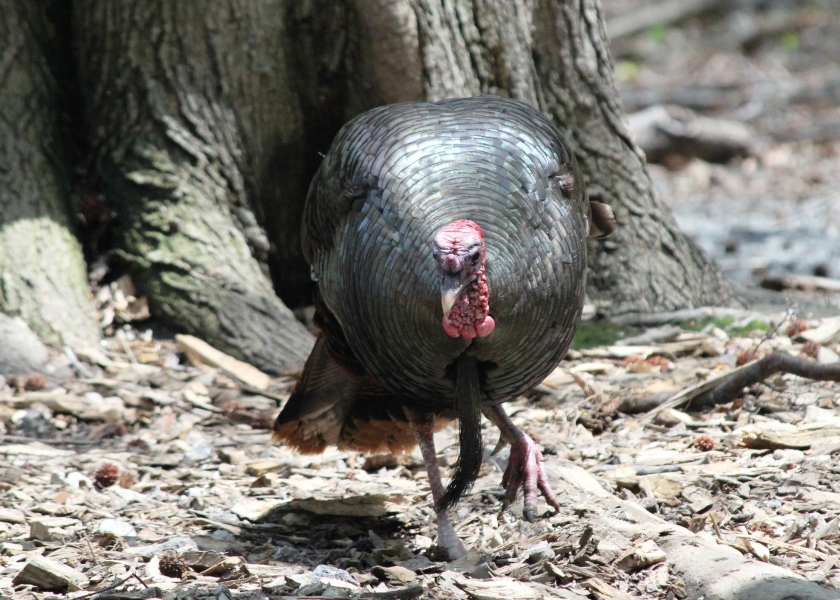 That weird thing hanging from its chest is called a “beard” and it is actually made of feathers. Apparently this attracts the hens, so this must be one hot turkey. 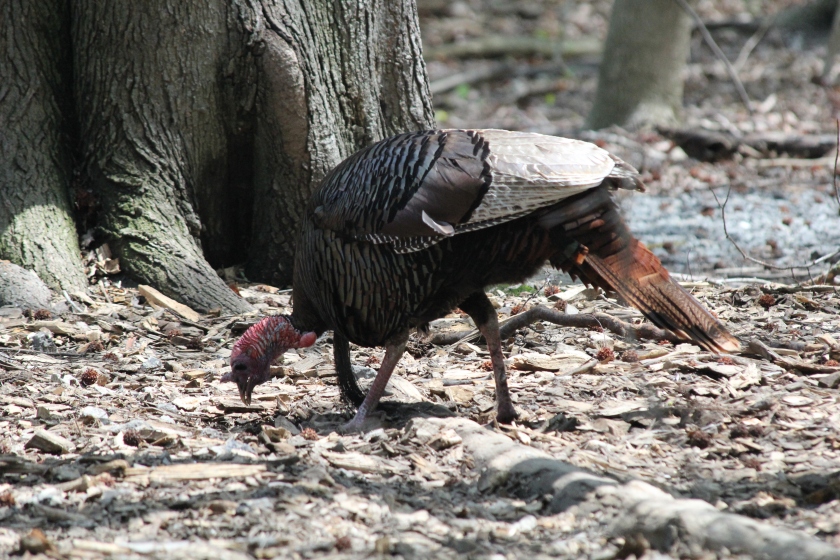 We walked through the forest into the meadow, spotting this lovely Mallard on the way.

We spotted a patch of flowering trees in the middle of the meadow, and based on our experience over the past few weeks, headed straight there to look for Warblers feasting on bugs.  We saw Magnolia Warblers high in the blooms, Common Yellowthroats low in the brush, and a pair of Orchard Orioles LL for the very first time.

One thing we’ve learned the hard way, and I imagine all new birders will, is that more often than not a female or juvenile bird looks nothing like the flashy males you have seen in the pictures in your books or apps. This adds a lot of complexity to identification, and we are just starting to get it.  Take this female Common Yellowthroat Warbler we found next, compared to the male we posted from last weekend: 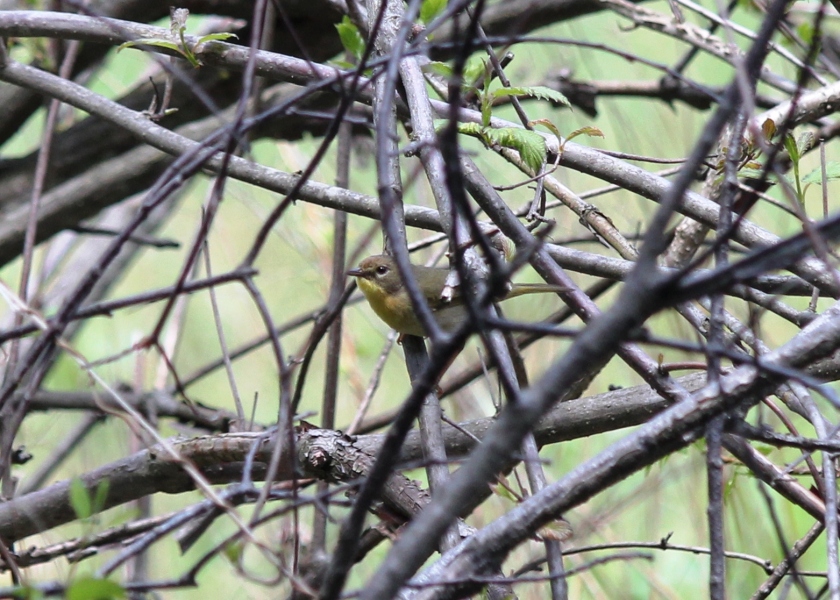 When it comes to birds, female get the shaft in the looks department, but they probably don’t get eaten by predators as much because of their camouflage.

We walked back into the forest, and it was a good thing, because quickly we spotted a Chestnut-Sided, Magnolia and Blackburnian Warbler LL.  We also spent a lot of time IDing what turned out to be a White-Throated Sparrow, unfortunately not a rare, never before seen breed. 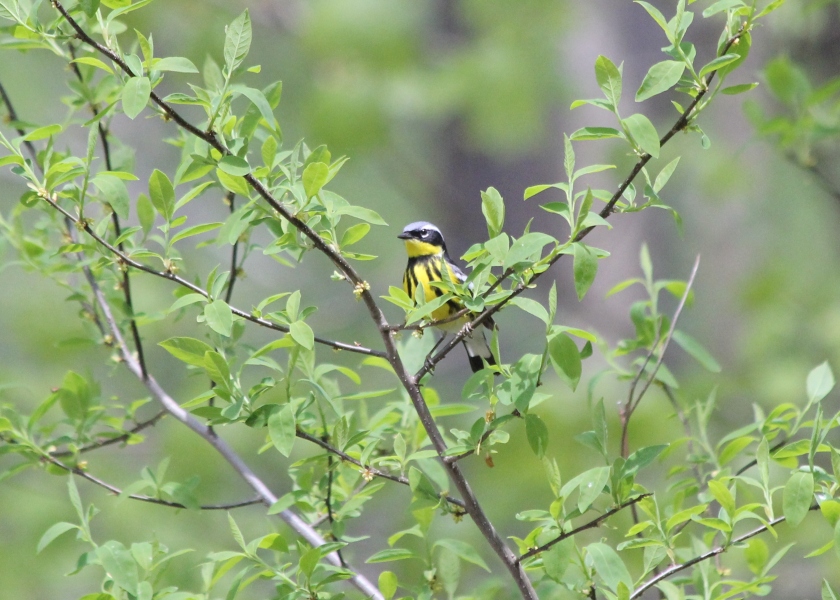 Many Goldfinches were flying in trees overlooking the sound.

We were nearing the sound, and on the path down we saw a colorful Towhee singing his heart out in a tree.  We usually see these birds thrashing around on the ground, but lately the males have been perched high in trees, singing loudly, presumably to attract the ladies.

Sing your heart out, Towhee

The clouds were thickening as we walked along the sound.  This was the hottest day of the year thus far and you could feel a thunderstorm coming.  We spotted an Osprey pair fishing, and while this isn’t the best pic, I’m posting it because they are Sarah’s spirit animal:

Ruined house at Marshlands Conservancy. It was destroyed in the “Long Island Express” hurricane of 1938. All that remains is a fireplace and a cellar.

Quicker than we could take some terrible pictures of a Snowy Egret, it started to rain.  The sky turned green, we saw lightning, and we both counted the seconds before we heard the thunder (five) as we ran along the edge of the meadow back to the car.  We sat in the car soaked, but happy with an interesting day of birding behind us.  Here is the list: