We have entered the off-season of birding, which means the Bird Nerds have been able to spend more time with our family and friends again. Of course there are many birds that spend the summer in our area, so on June 14th we ventured to a new location, Plumb Beach, Brooklyn. 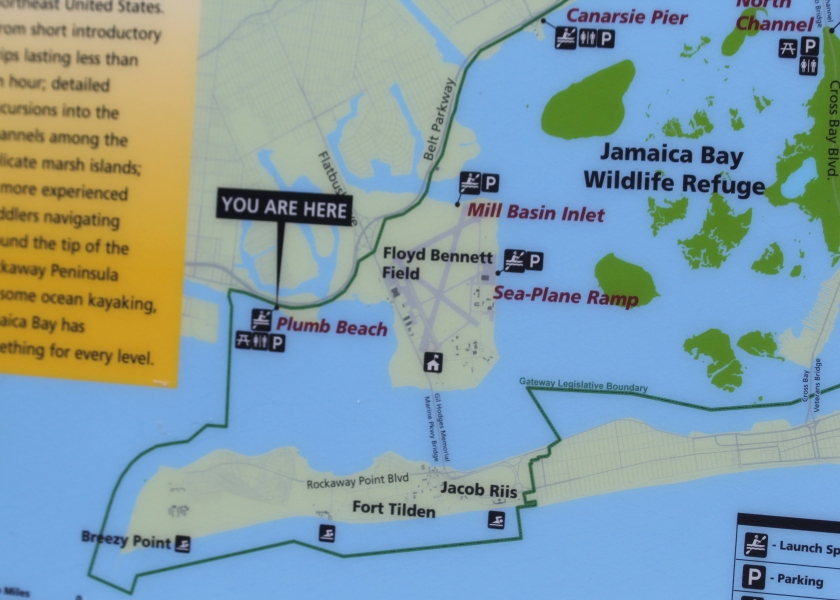 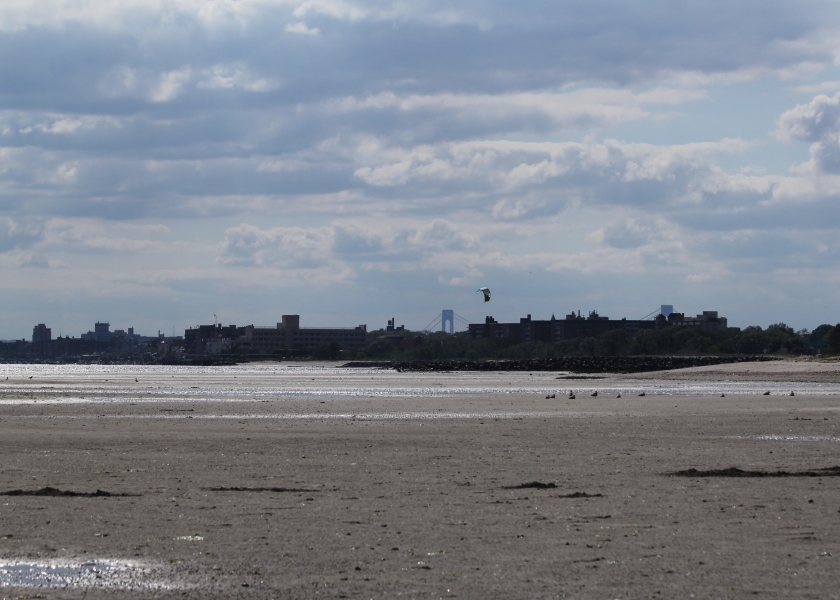 This location is directly off the Belt Parkway and is part of the Gateway National Recreation Area (I have to wonder if we’d have any birds left in NYC if it weren’t for the National Park Service?)  It is a rather seedy location with an equally seedy past, if the Wikipedia page is to be believed.  The shore is covered with sea glass-in-the-making, a fair amount of garbage, dead fish and horseshoe crabs. 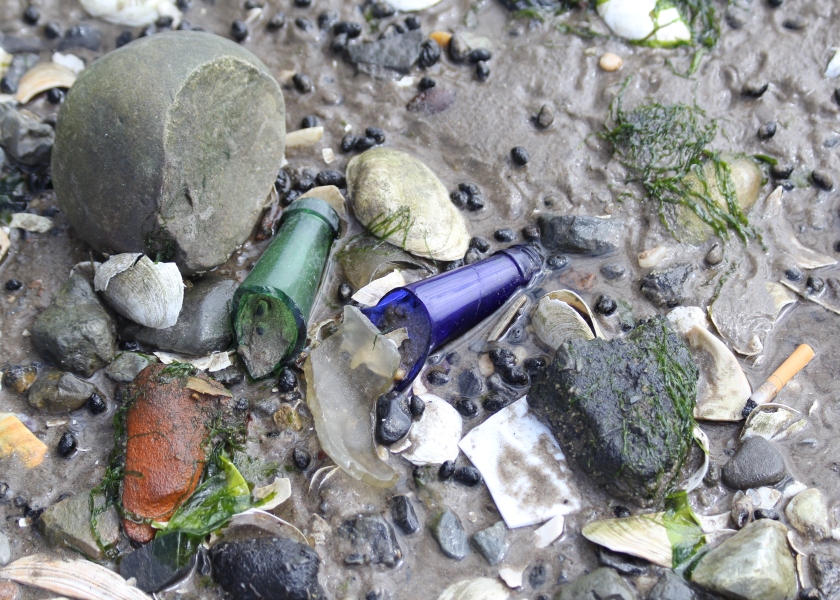 Horseshoe crabs are an important food source for shorebirds, but their numbers have been declining in recent years.  Walking along Plumb Beach gave us an optimistic feeling- we saw dozens buried in the sand, waiting until night to come out and mate. 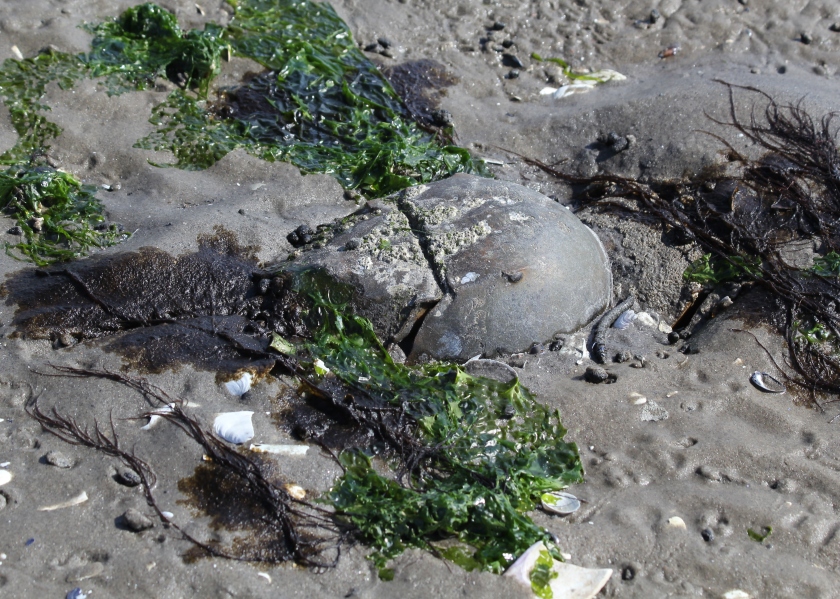 Horseshoe crab buried in the sand at Plumb Beach

Which brings us to the birds.  Overall Plumb Beach is a smorgasbord for shorebirds (mainly gulls) and we found lots of them feasting. 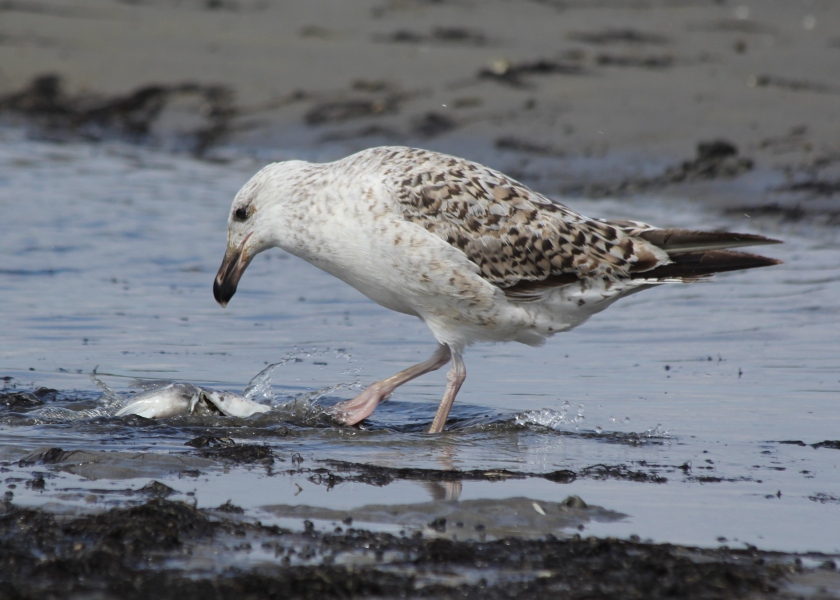 Gull assessing the best way to eat a fish 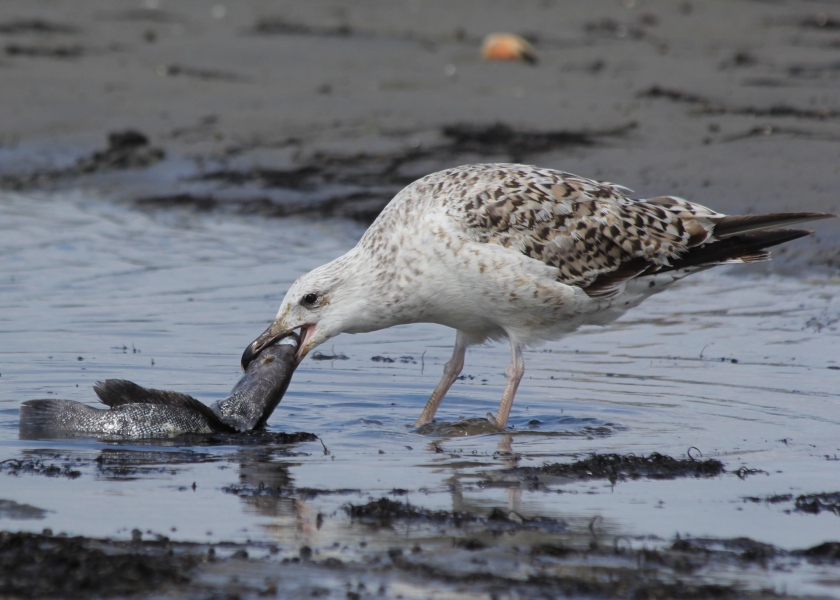 Yeah buddy, just get the whole thing in there at once! 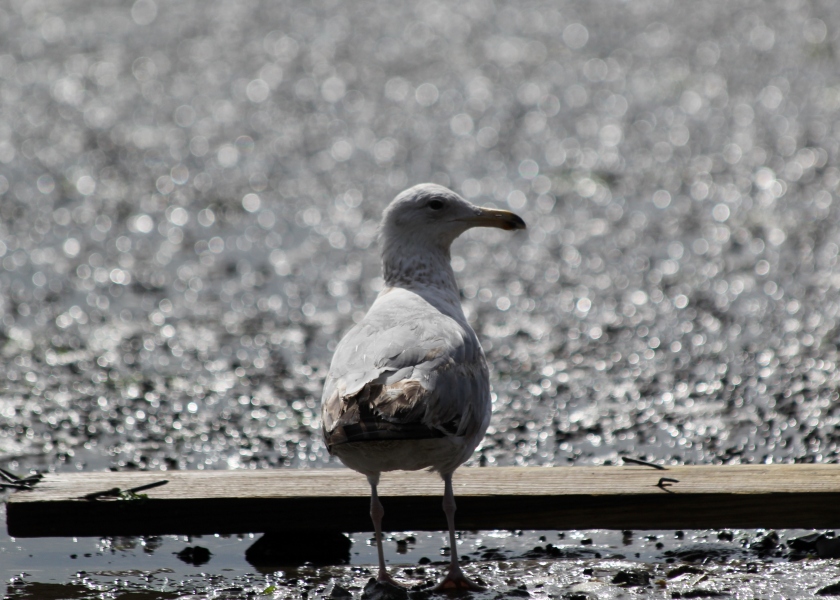 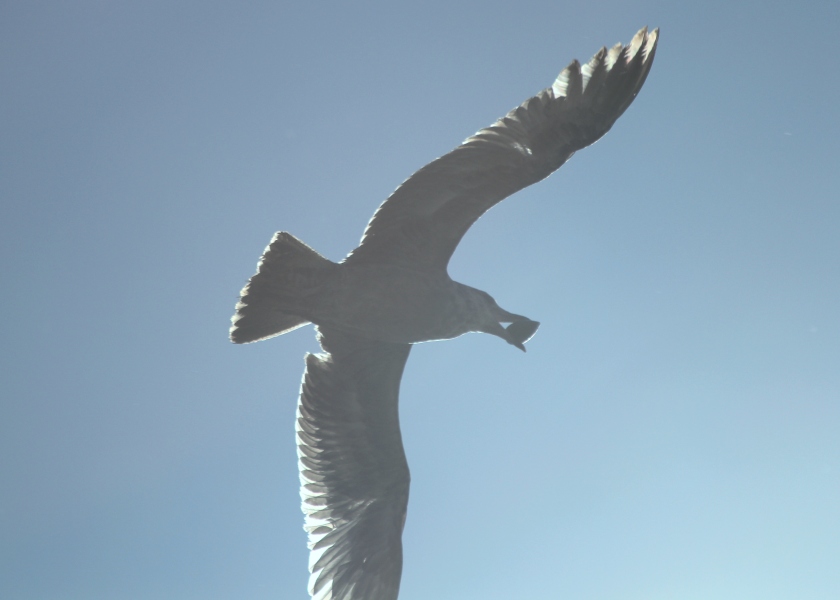 Gull angelically soaring with a muscle in his beak

We also saw a favorite shorebird species of ours, the American Oystercatcher. 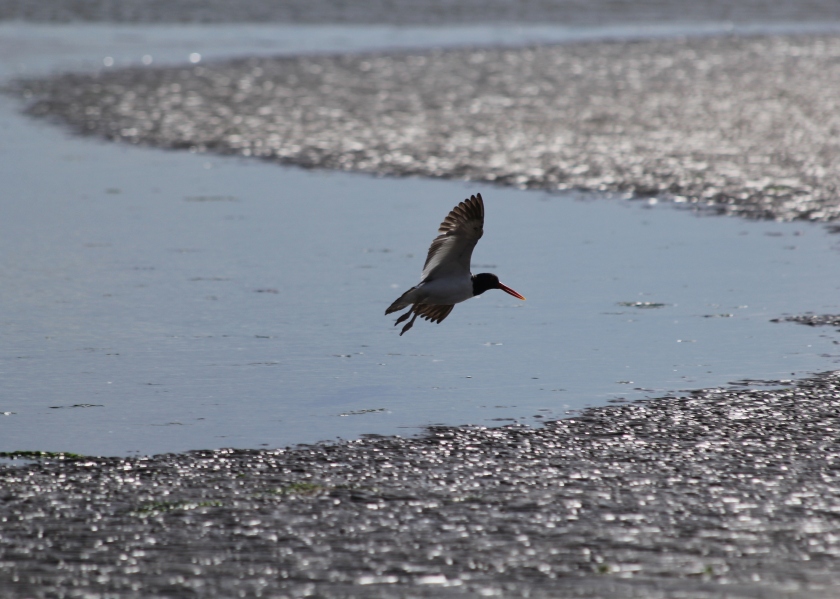 American Oystercatcher coming in for landing 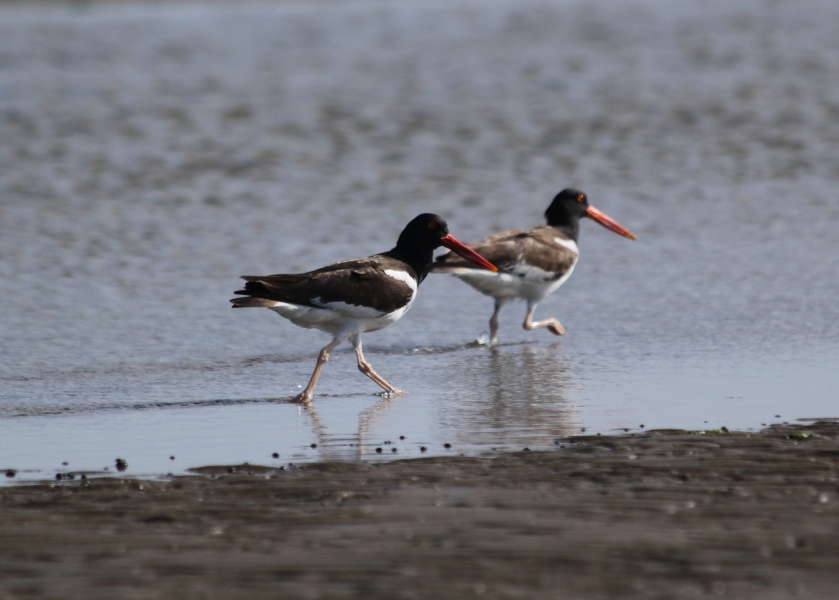 Oystercatchers cruisin’ for mollusks.  How can you not love these guys?

Tucked away between the shoreline and the Belt Parkway, Plumb Beach also has a marshy inlet. 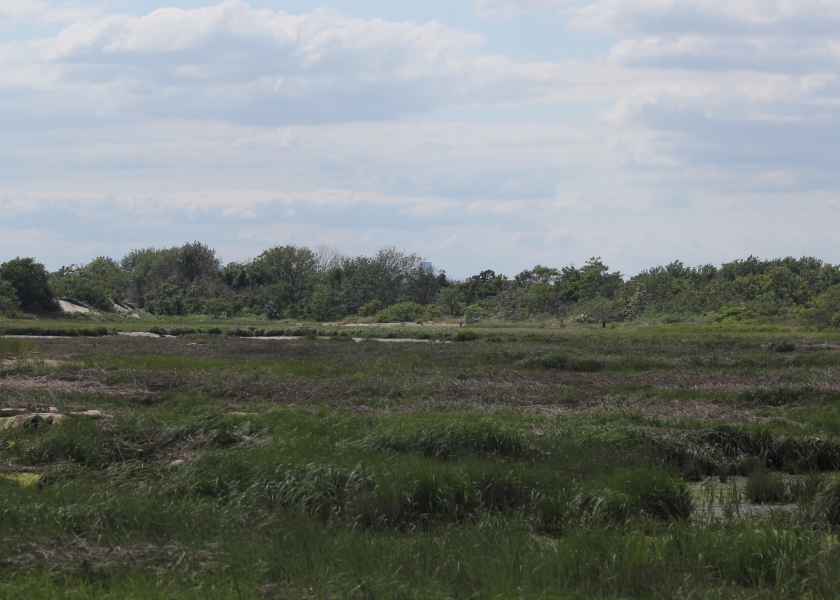 The seclusion of this area makes it a popular spot for (can you guess?!) private encounters. We found evidence of this as we walked along the marsh, but mostly we saw thousands of Fiddler Crabs scurrying into their holes. 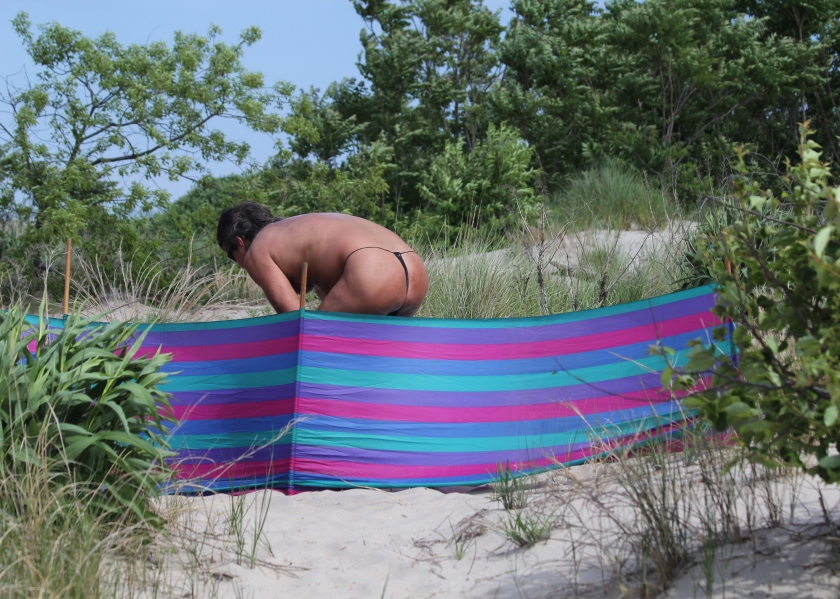 We saw a Black-Crowned night heron sitting in the tall grasses, and watched it take off and soar to a new spot. 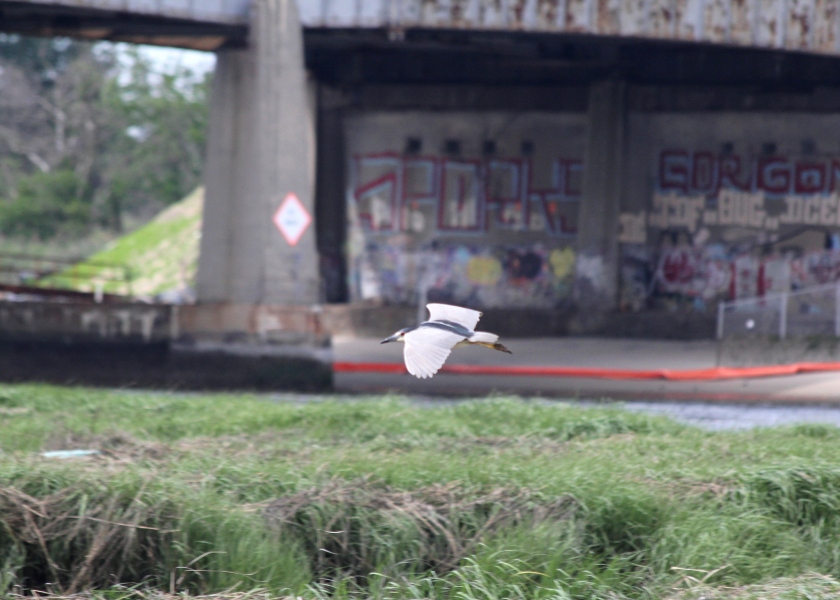 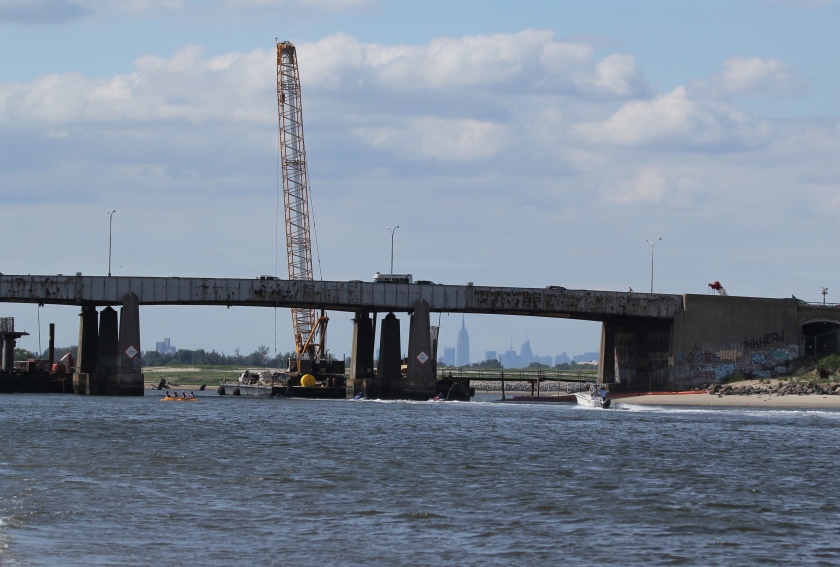 As we walked from the marsh back to the beach, we saw a family having what was surely an illegal and nearly out-of-control bonfire, and a group of Willets: 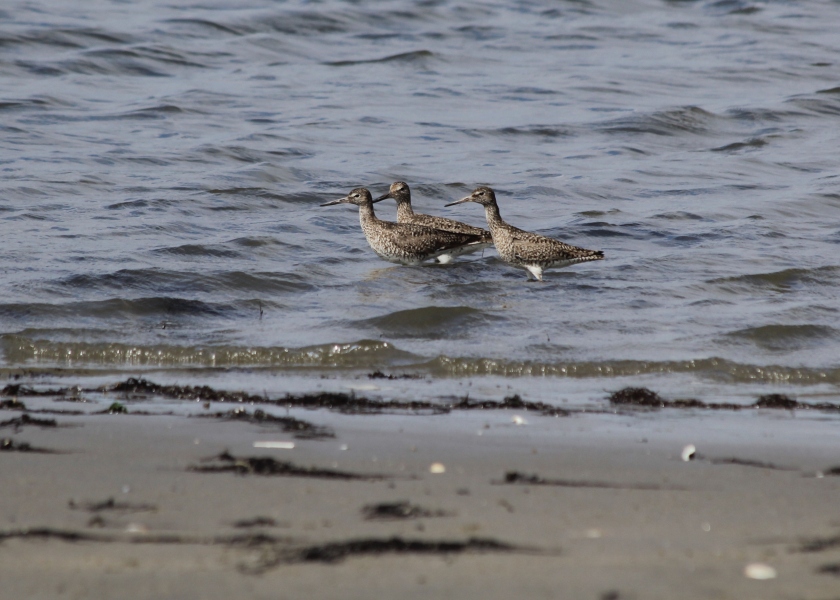 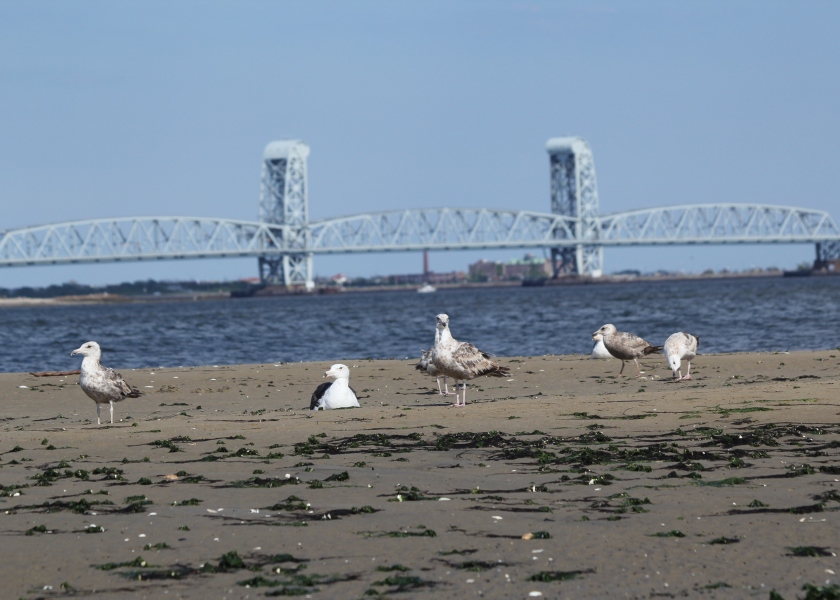 Last but not least, we found about a dozen Least Terns, flying closely over the water and rapidly diving to catch fish: 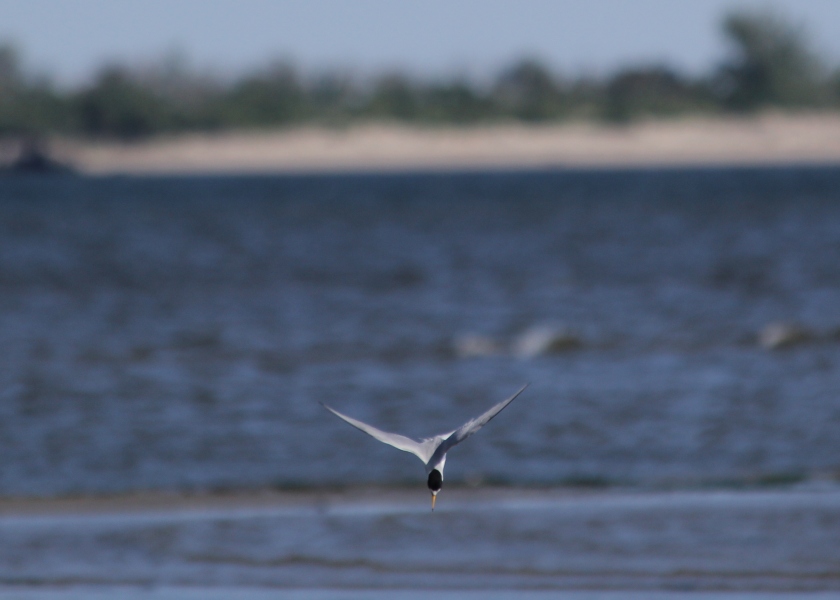 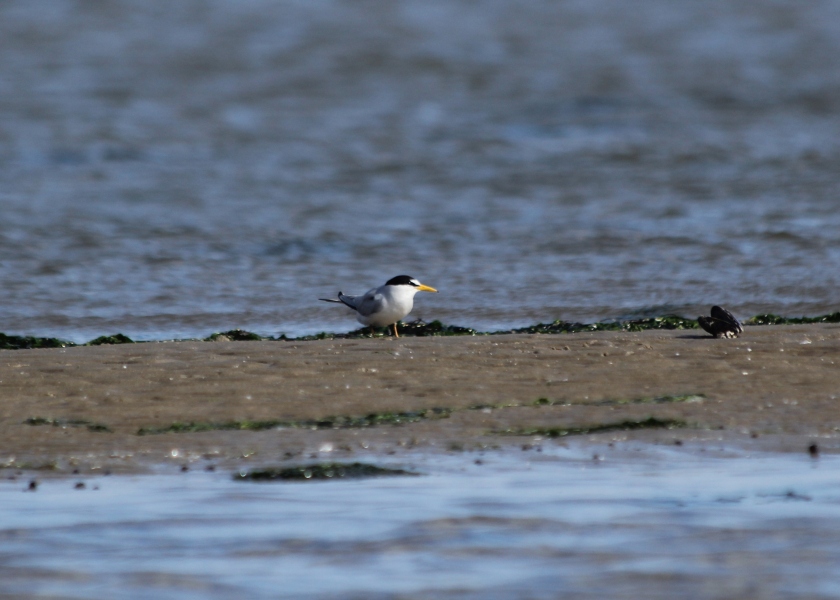 And because this is still New York City, of course our ubiquitous feathered friends were also on the beach: the House Sparrow and Pigeon! 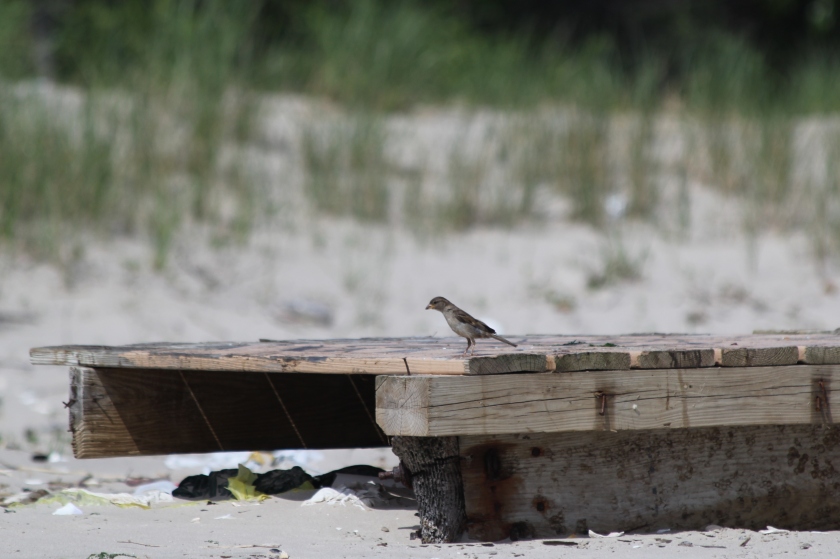 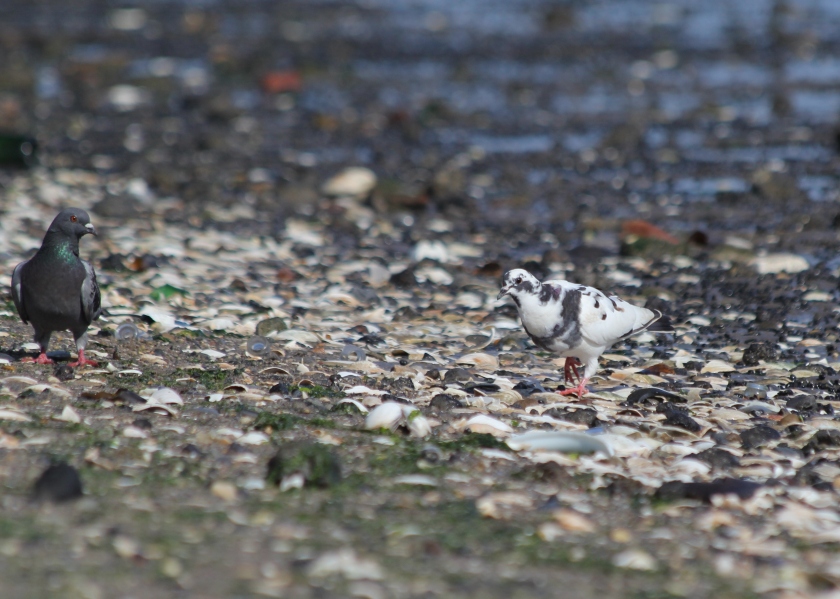