Full disclosure: we moved to Greenwood, Brooklyn partially because the birding is so great in this neighborhood.  We have an “Apartment List” of birds we see from our living space and we’re already up to 26 species (including a Peregrine Falcon!) The proximity of Green-Wood Cemetery makes it very easy to bird on-the-fly (pun intended), which is important in real estate.

We’ve made a couple trips to bird in Green-Wood this Fall, though we only had a camera on us some of the time.  Here are some highlights.

On September 28, we walked into the cemetery and stopped at the Valley Water to eat sandwiches from Baked in Brooklyn across the street (to fuel up for birding.)  We soon noticed something feathery in the lily pads.

Can you spot the Green Heron at the Valley Water?

Then there was a flash of yellow behind us, and saw a familiar late Fall migrant – the Palm Warbler, perched on a gravestone.

We saw quite a bit of the Palm Warbler in the month of September, in fact Sarah saw one land on the fire escape at her work in Midtown Manhattan. It turned out to be Palm Sunday at Green-Wood that day, we saw many more. 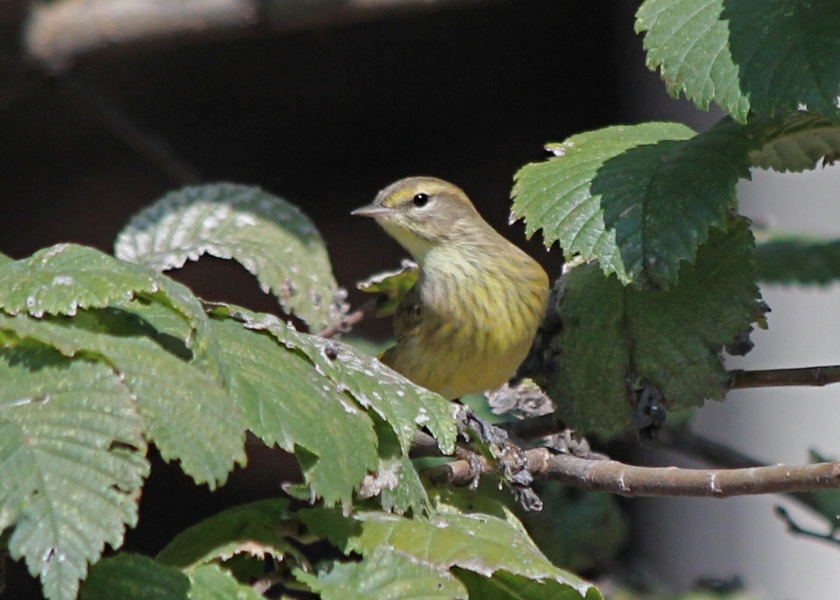 Another fine Palm Warbler. You know there are a ton around when we can get two decent pictures.

Another late migrant there was this Black-throated Green Warbler. 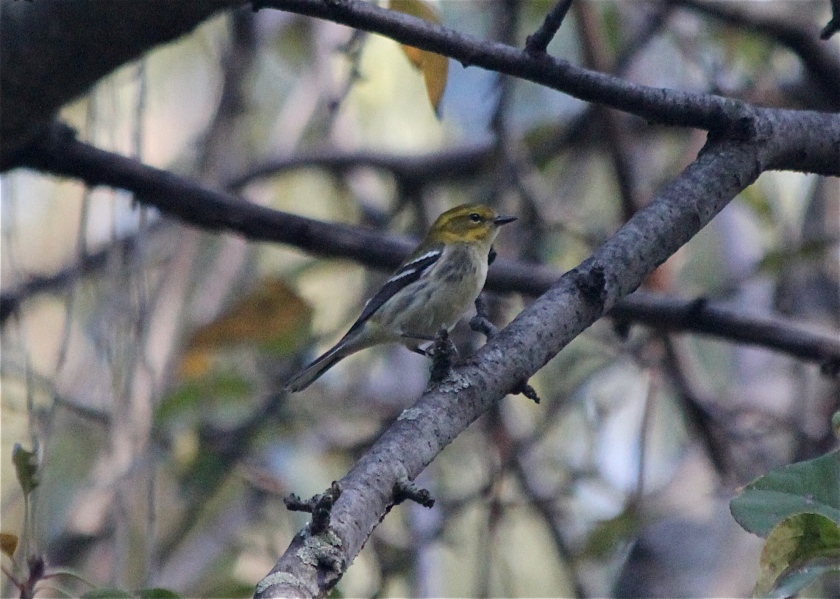 Our favorite route through Green-Wood is to cut straight from the Valley Water over a hill to the Sylvan Water, where you can overlook it from above. There is a lovely path along the ridge called “Bluff Side Path”, where we always find a lot of birds. Here we saw our second ever Red-breasted Nuthatch, which we added to the life list in September near St. Johnsbury, Vermont (sorry no camera for that outing.) 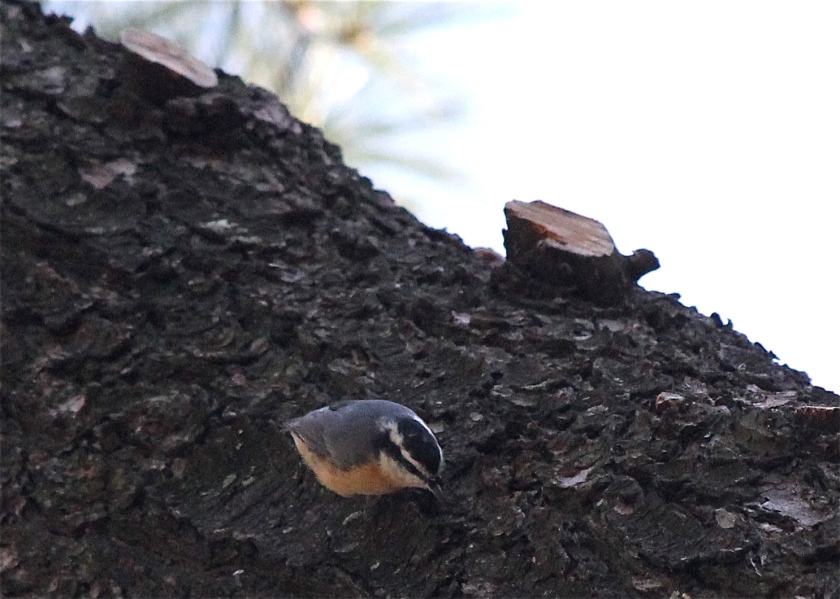 Here was another interesting sight, do you remember the brilliant red Scarlet Tanager that wore it best this Summer?  Well here he is in his non-breeding plumage: 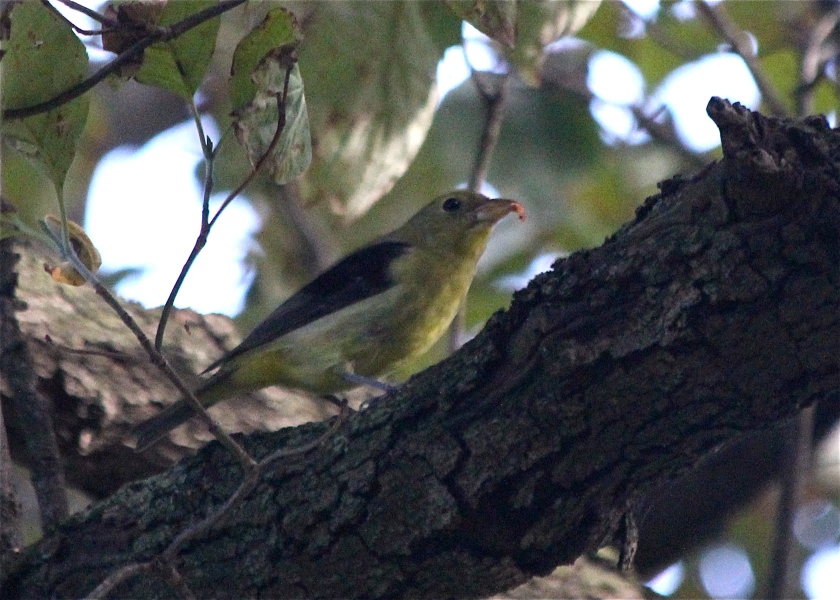 Scarlet Tanager (not scarlet in the fall)

Up in the sky we suddenly saw a mature Bald Eagle, right over Brooklyn!

We arrived at the Dell Water and found this beautiful Great Blue Heron, enjoying a non-native fish for a snack.  Warning: this image may upset some pond owners. 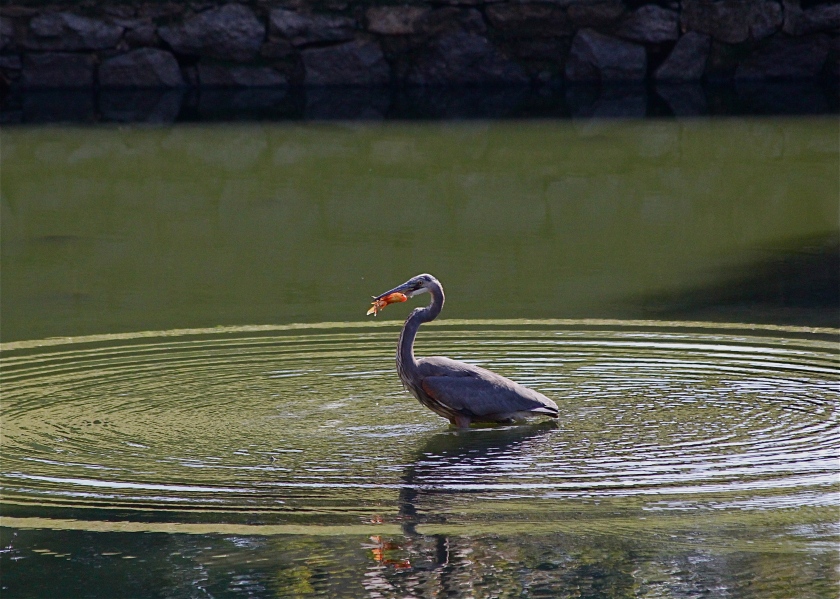 A Great Blue Heron doing what they do best

We sat by the pond for a bit and something caught our eye. It was definitely a warbler, but looked a bit different from the Yellow Warblers that were also in the area. After getting a few passing glimpses, it finally settled down just long enough for us to get a good look (and take a mediocre picture).  With the aid of our field guides and photos from our Audubon birding app, we ID’d it as a Nashville Warbler (LL)!  It’s too bad we didn’t hear it sing, because they are readily identified by their twang (not really). 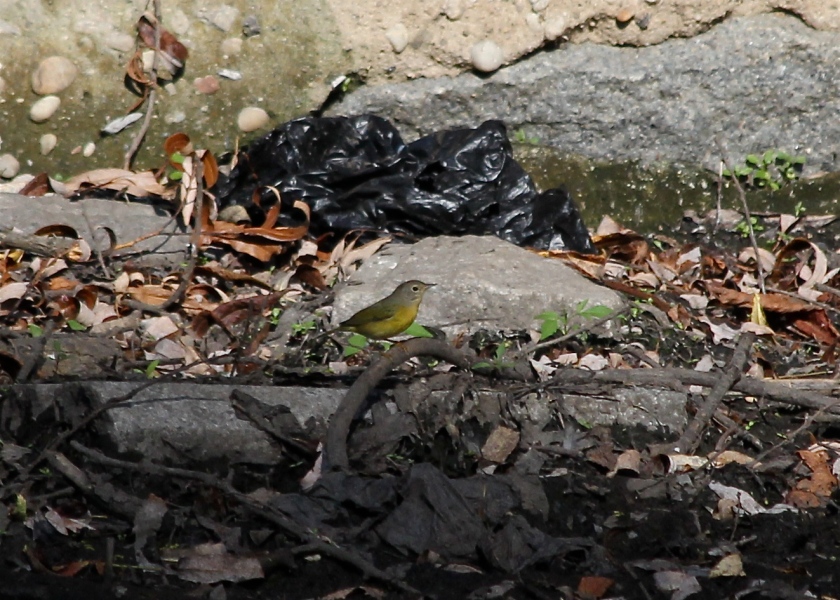 The day ended with an Eastern Phoebe, posing as all birds really should in the Fall and Winter: next to berries. 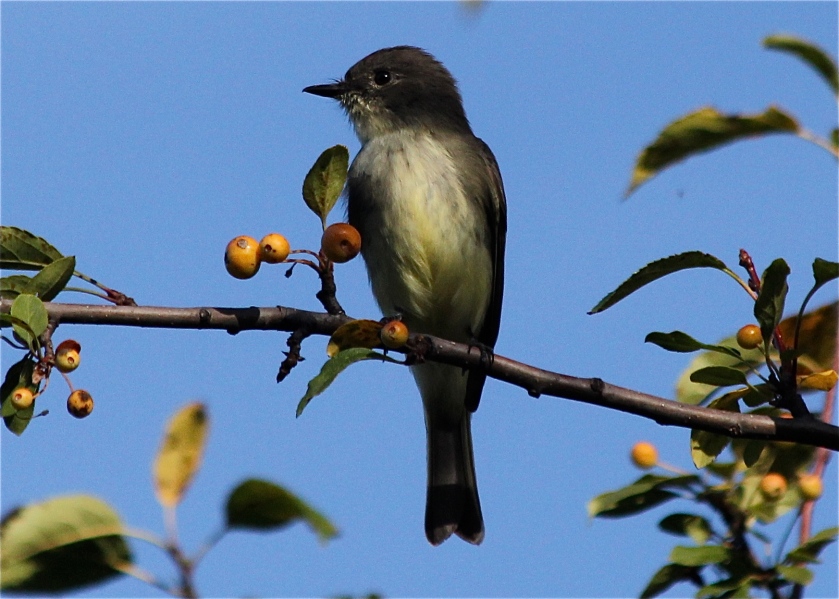 But wait, there’s more!  We visited Green-Wood again a while later, on November 22nd. Here we saw the unsung heroes of the local bird scene:

A couple of Mourning Doves huddled together in a tree.  These guys are on practically every list we post, yet we never put up a picture to appreciate them! 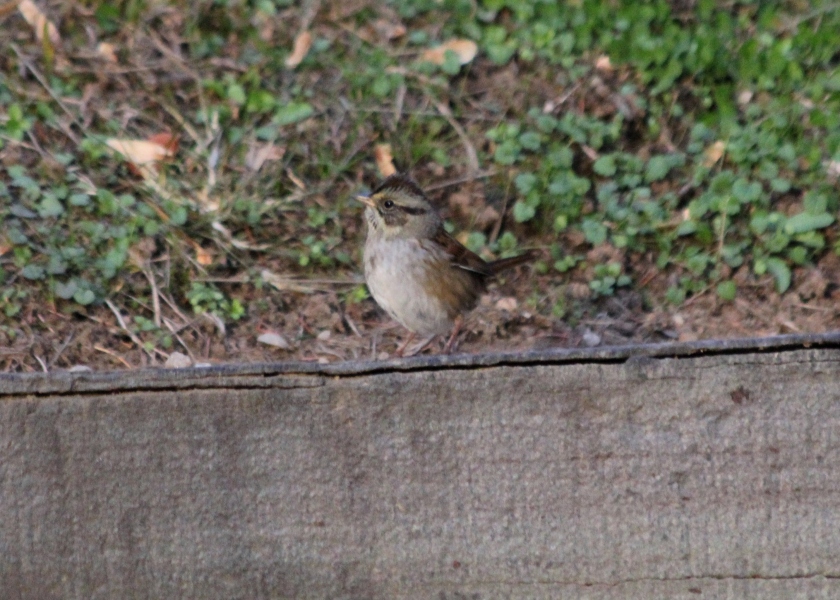 A common White-throated Sparrow, which we spent a lot of time ID’ing because there is so much variation in the species, or this is just a young one. 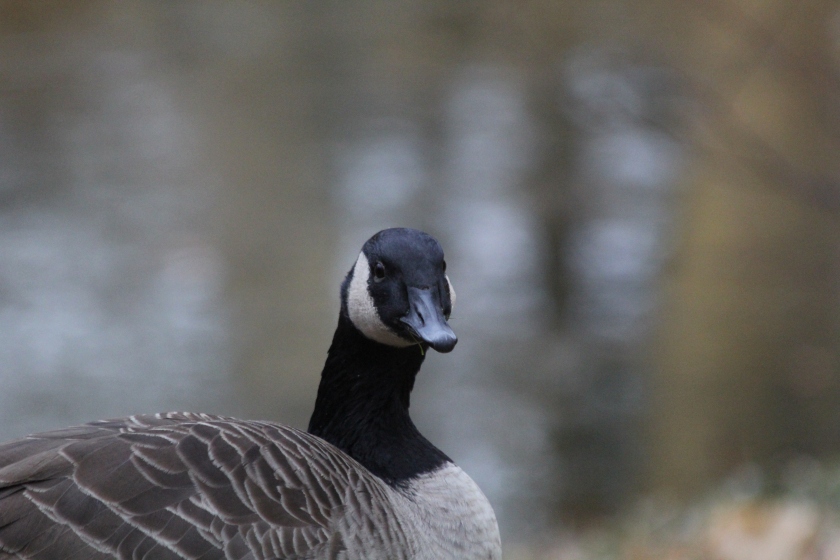 A Canada Goose.  The are everywhere but we never post them.  In the words of Tim, “Geese are super easy to photograph.”

And lastly, a very spectacular bird, the Wood Duck:

Here are the lists from Green-Wood this Fall:

3 thoughts on “Fall Happenings at Green-Wood”